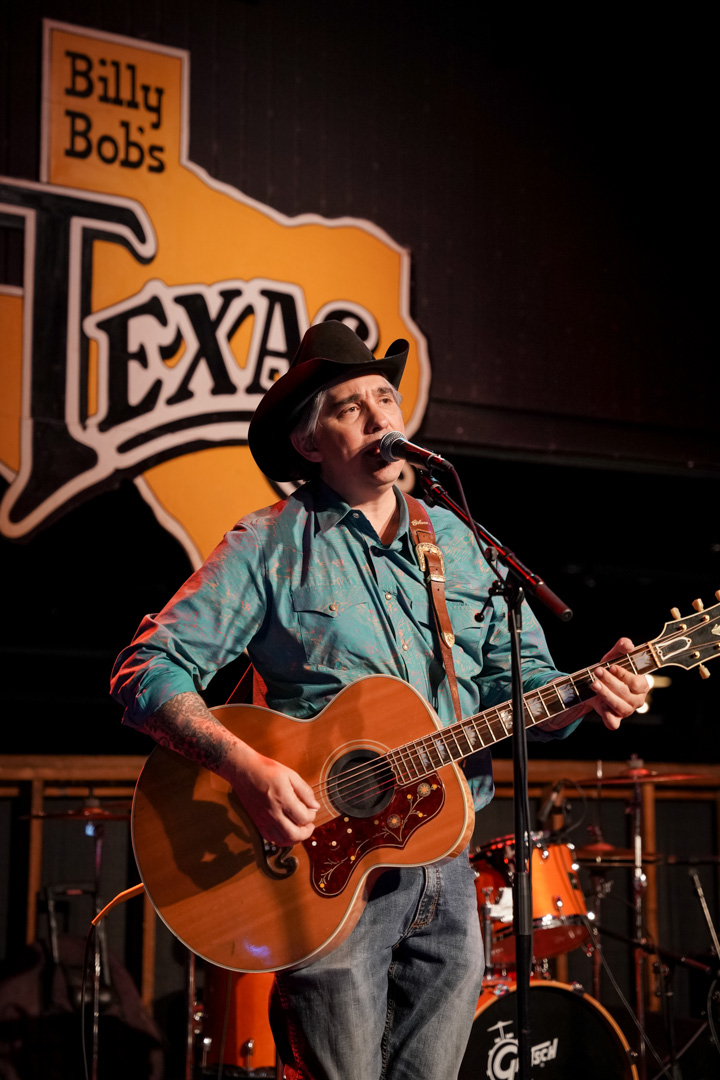 Fair Park isn’t just the province of mammoth concerts from pop and rock A-listers like the Rolling Stones and Coldplay, both of whom have passed through the Cotton Bowl in the last year.

Look no further than the new concert series “Live! from Fair Park, TX – Fairly Intimate,” which kicks off Sunday with a pair of performances from singer-songwriters Matt Hillyer (late of Eleven Hundred Springs) and Nathan Mongol Wells of Ottoman Turks fame.

The series, which continues weekly through June 19, is presented by Friends of Fair Park and State Fair Records. “Fairly Intimate” is sponsored in part by KXT, as well as Four Corners Brewing Co., DeLeon Provisions and Goodfriend Beer Garden & Burger House.

With performances taking place at the Magnolia Lounge (also known as the Margo Jones Theatre), Tickets are $20 — limited, general admission seating is available on a first-come, first-served basis, hence the “intimate” tag — and drinks and snacks will also be available for a donation in the lobby. Read on for the full line-up, and a taste of what you can expect from the scheduled performers.

Hillyer, fresh from winding down Eleven Hundred Springs late last year, is striking out on his own as a solo act, putting the finishing touches on a forthcoming studio album and gigging all over town. He’s paired with another formidable local talent, Nathan Mongol Wells, who also logs time with the acclaimed, beloved Ottoman Turks.

KXT’s own Sunday night sensation will use this cozy gig as an occasion to pull the wraps off his new album, Alphabet Girls, Vol. II, which State Fair Records describes in a statement as a “crystallization and distillation of the … artist’s long, varied, and accomplished career, complete with all of the requisite breakthroughs and disappointments.”

May 29: Frankie Leonie and Sarah Johnson

A pair of powerhouse local talents, singer-songwriters Frankie Leonie and Sarah Johnson will make for a potent pairing. The Austin-born and Dallas-based Leonie, who first turned heads with her vivid single “Johnny Cash,” is a fixture on area stages, while Johnson continues to build on the momentum of her recent singles “Fire” and “Look What You’ve Done.”

For those immersed in the local music scene, Stockslager’s name and talents are deeply familiar: He’s played with Bastards of Soul, Pedigo’s Magic Pilsner, the Drams and many more. For the “Happy Good Time Variety Show” — which bills itself as “a show the likes of which you’ve never known” — Stockslager takes on the role of emcee. He’ll be joined by a special guest.

The married duo of Max and Heather Stalling will bring “Fairly Intimate” to a close. Max plays guitar and sings lead, while Heather sings harmonies and plays the fiddle — the pair, married in 2007, has performed together multiple times, and contributed to a plethora of acts (including the Old 97s, Bob Schneider and many others), they’ve yet to record together, making this a rare opportunity to revel in their sound.