The idea of FLOWMOON started in a backyard.

In July 2017, fire performer Brian Brujo had just moved back to Dallas from Denver. He was inspired by what he saw happening in Colorado, and wanted to create something here that brought the fire and DJ community together.

Brujo ended up collaborating with his DJ friend David “Dar” Carroll, and the first few events happened in Carroll’s backyard in North Dallas.

“Pretty soon, things started getting to the point where there were so many people coming we talked about potentially needing to stop people at the door,” Brujo said. “The same weekend we had that conversation, we got a call from John [LaRue] saying that they just opened Art Co.” 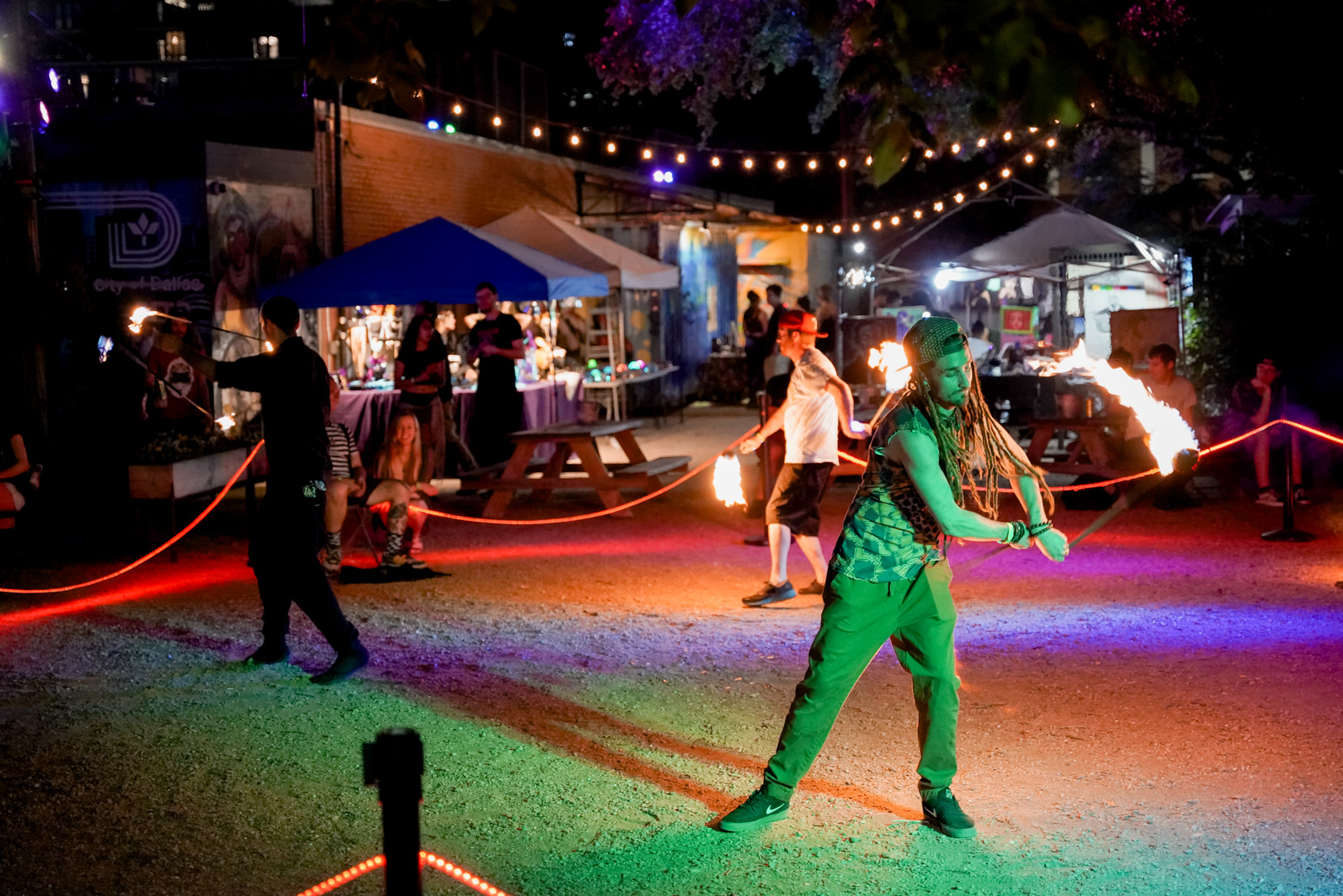 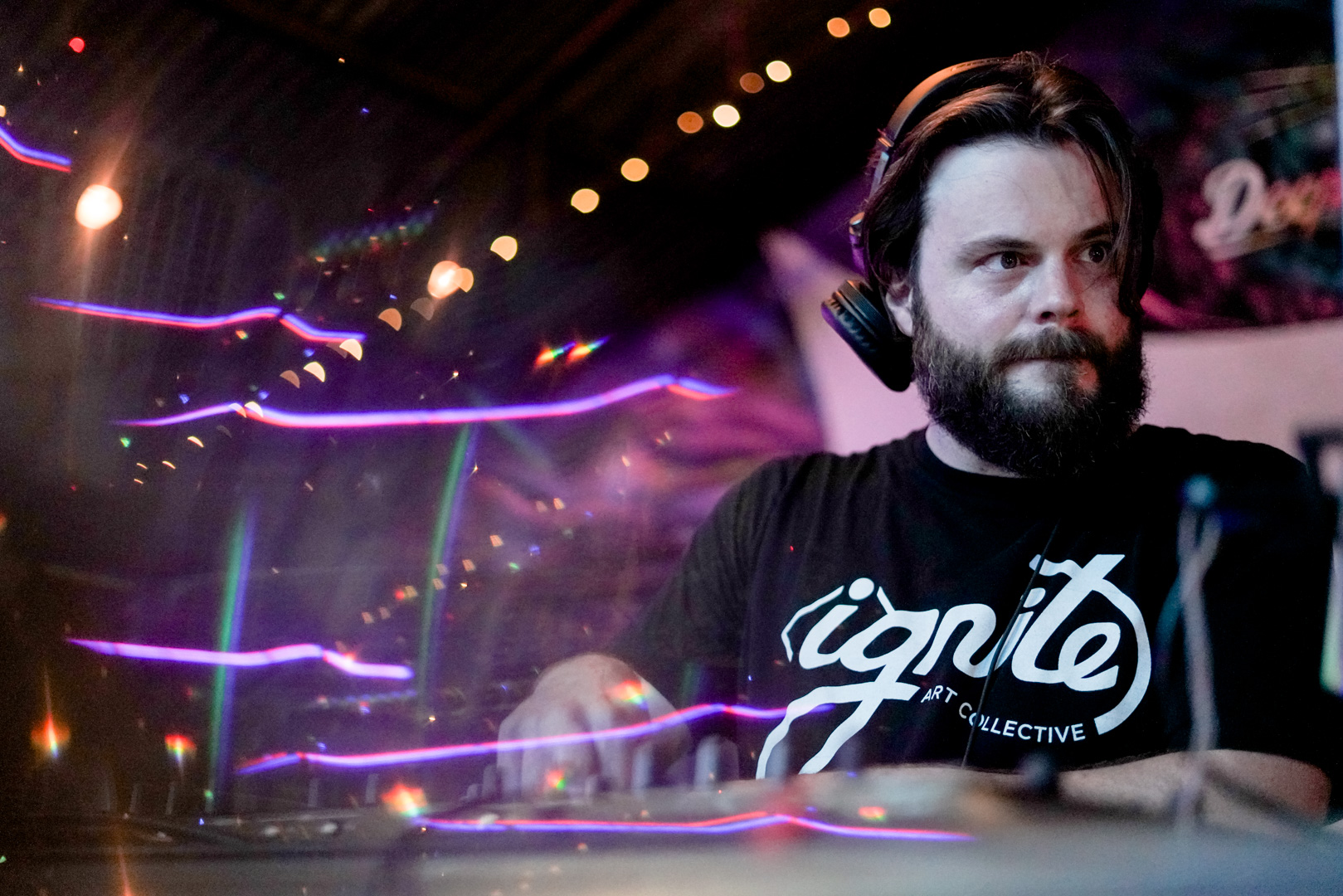 Dar plays the outside stage during FLOWMOON. Photo: Jessica Waffles 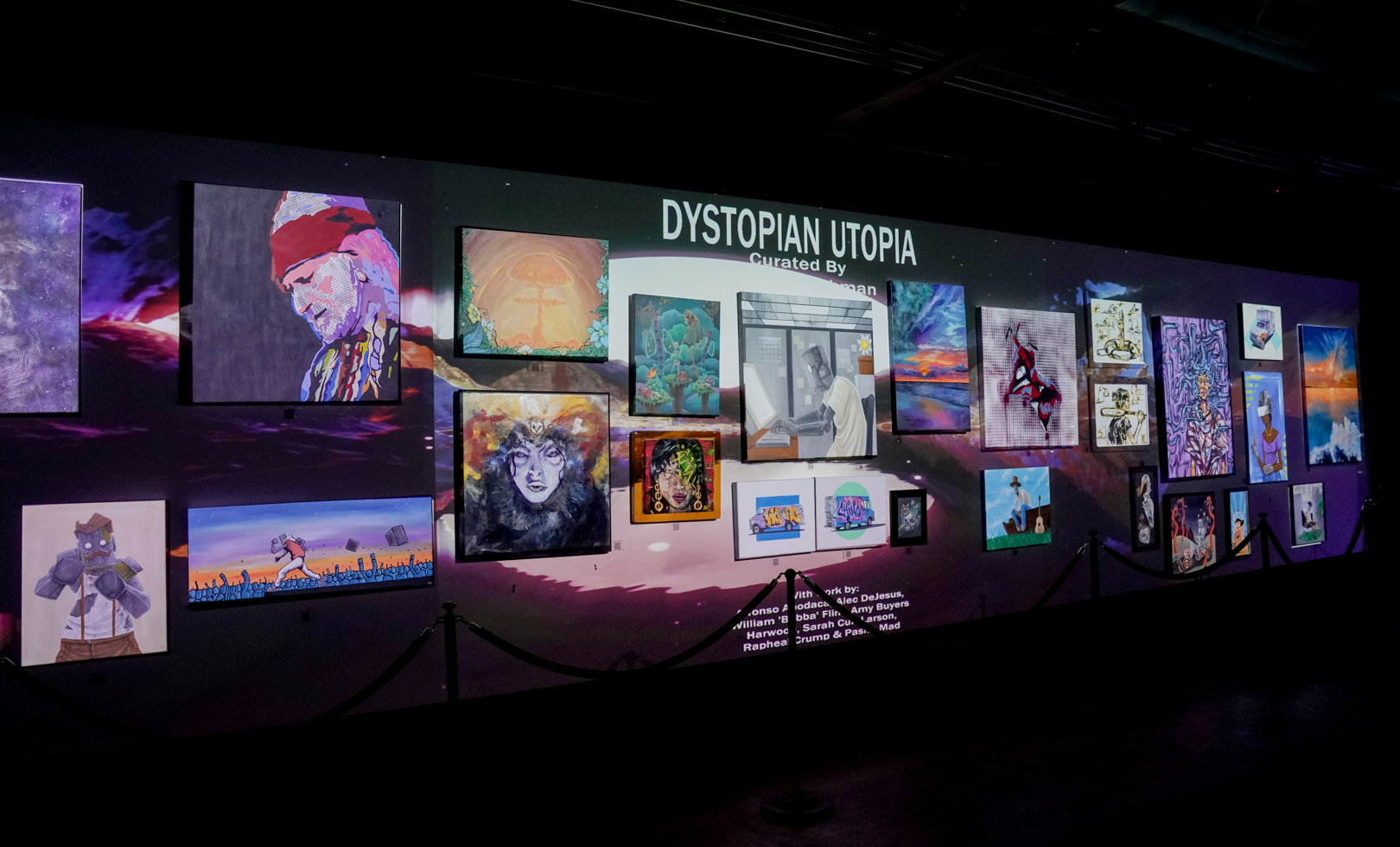 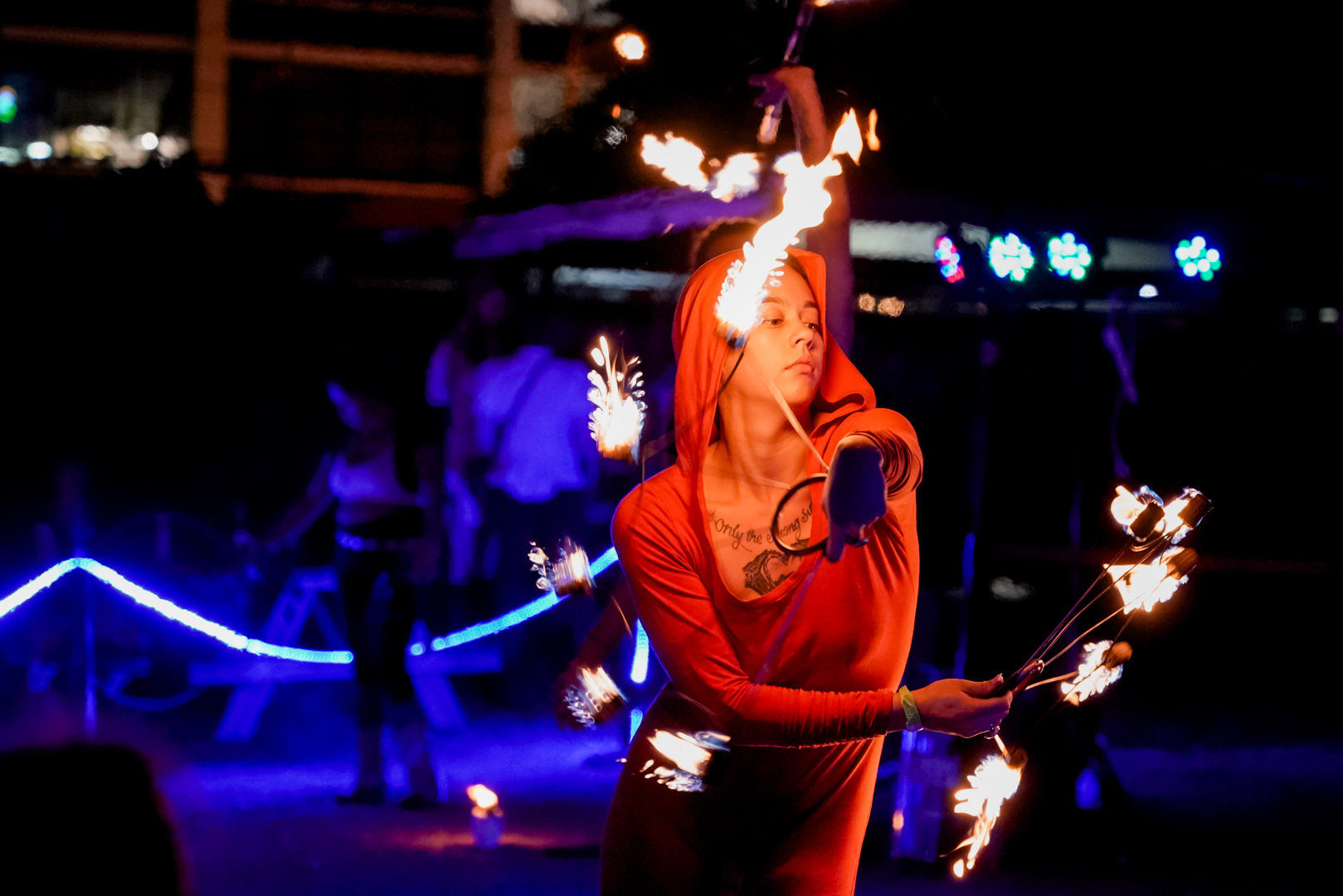 At that point, Deep Ellum Art Company was only in their soft opening. FLOWMOON then became a feature event for Art Co’s grand opening weekend in October 2017. Since then, FLOWMOON was a monthly staple at the venue – until COVID.

“We were doing an event every 4-5 weeks,” Brujo said. “When we came back after COVID, at first it was every 4 months. Now we’re at every other month.”

One of the unique features of the event is that they often land on or near a full moon night. This past weekend was no exception, as the moon was out and shining all night, just one day before the total lunar eclipse on Sunday. 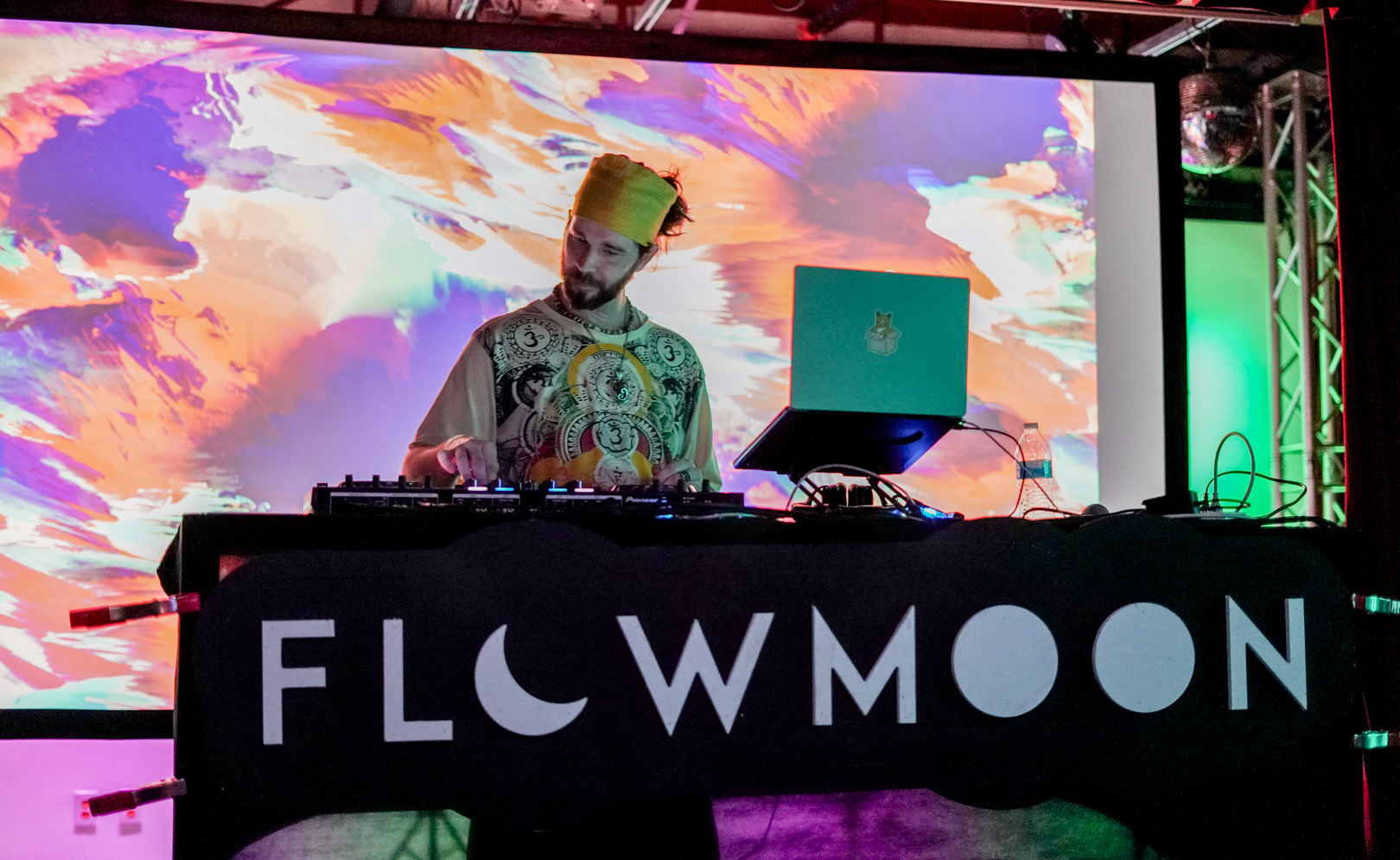 Bruddah Barry performs on the inside stage at FLOWMOON. Indoor visuals were created by Phamsta and Smudge. Photo: Jessica Waffles 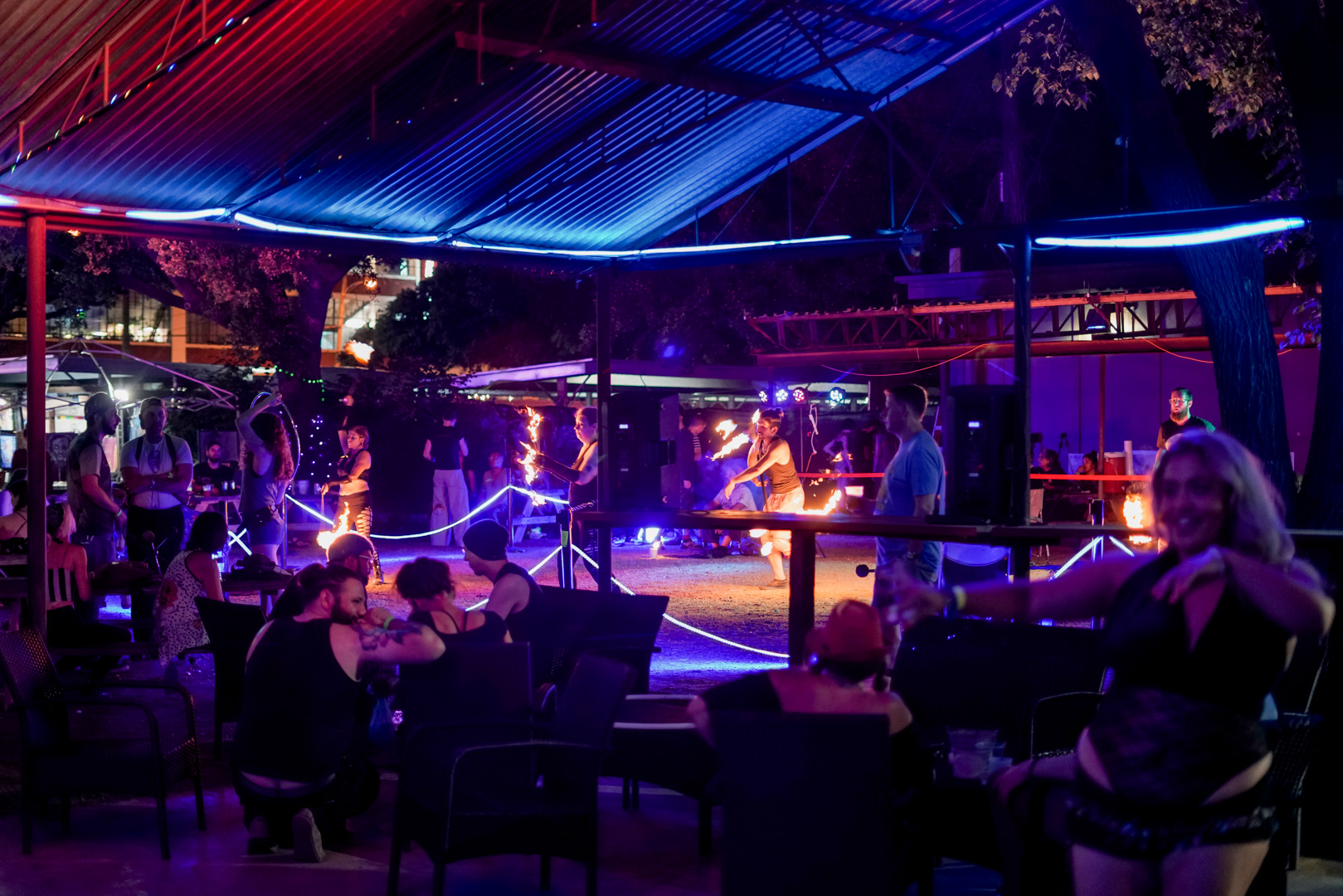 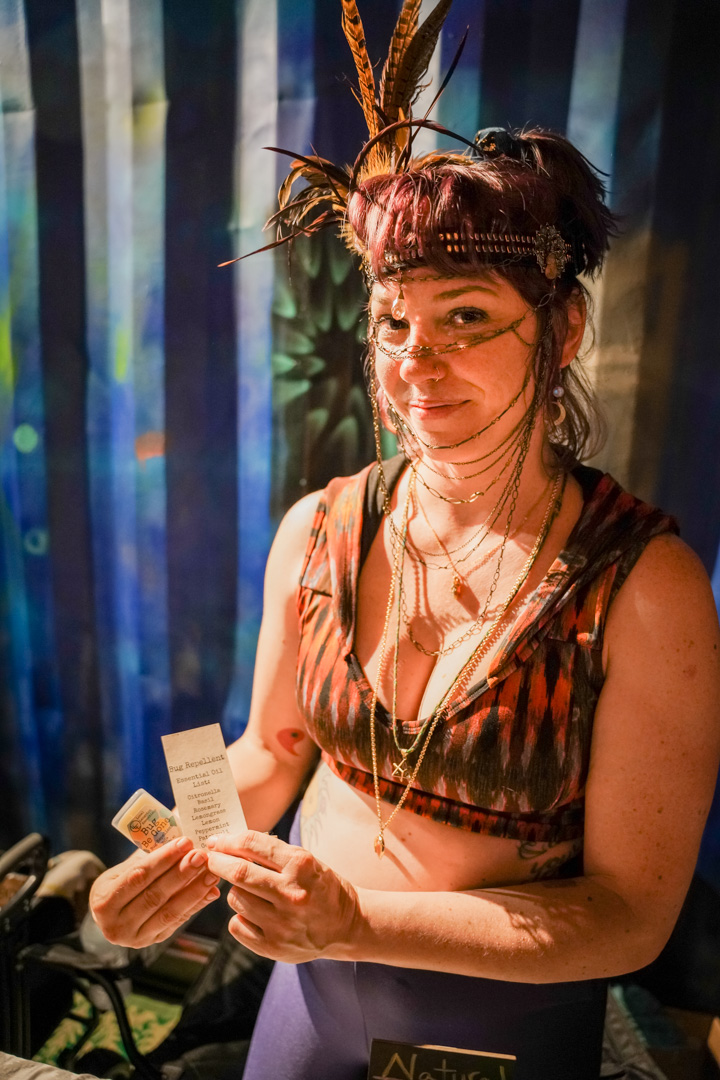 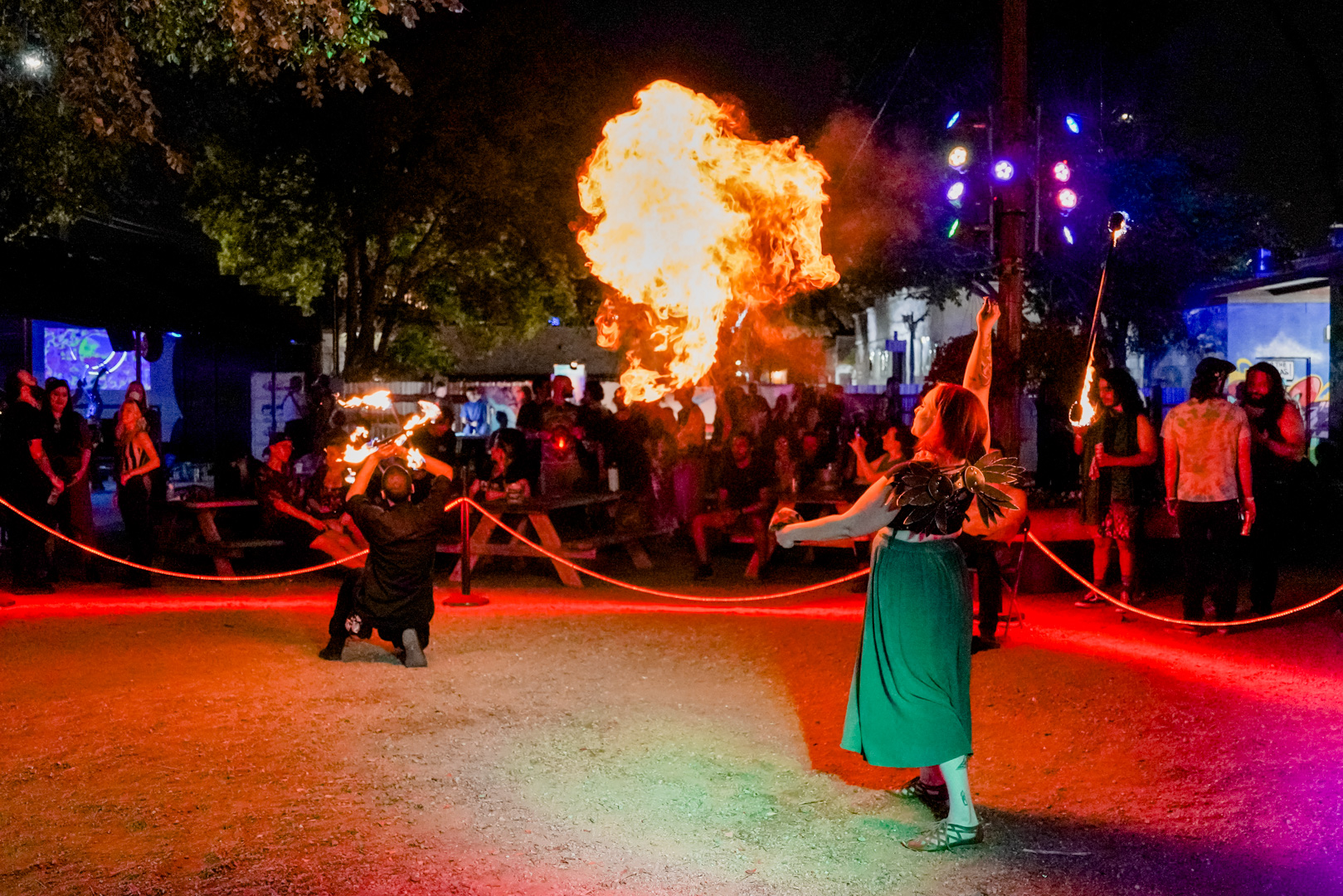 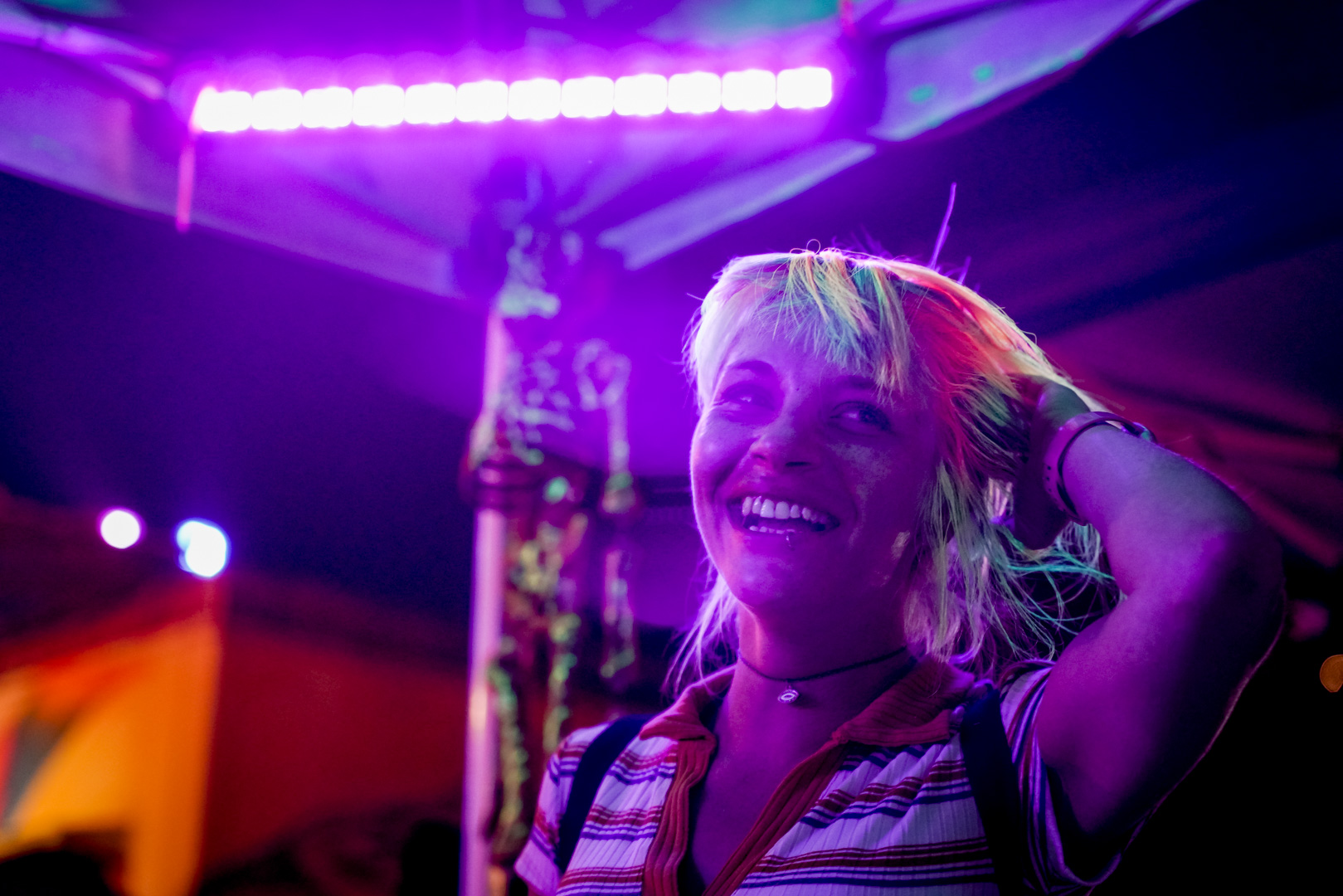 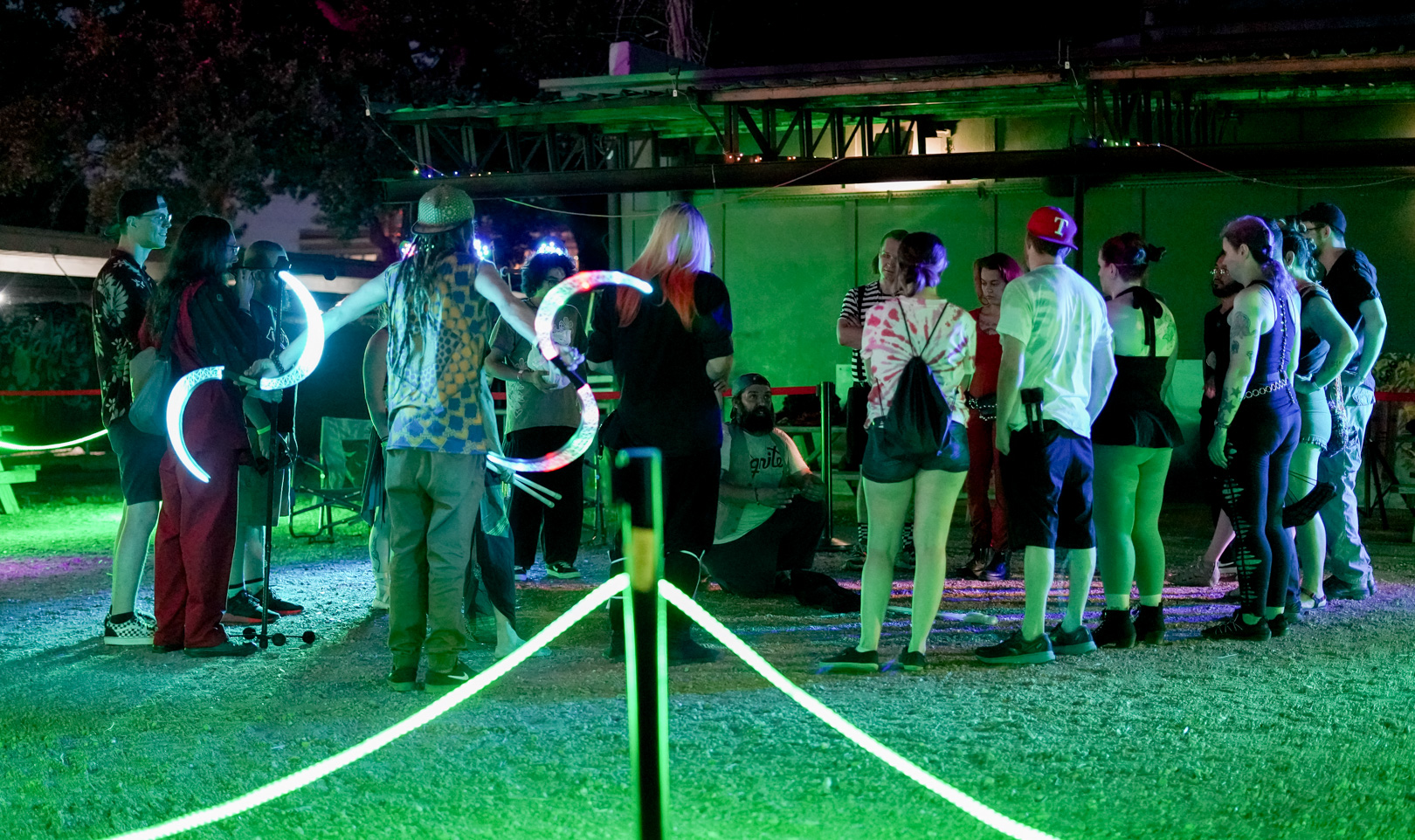 Ignite Art Collective member Nick Pryde leads the safety meeting with fire performers before the fire circle is opened to ensure safety during the event. Each person takes a shift in one of the three safety seats after a burn. Photo: Jessica Waffles 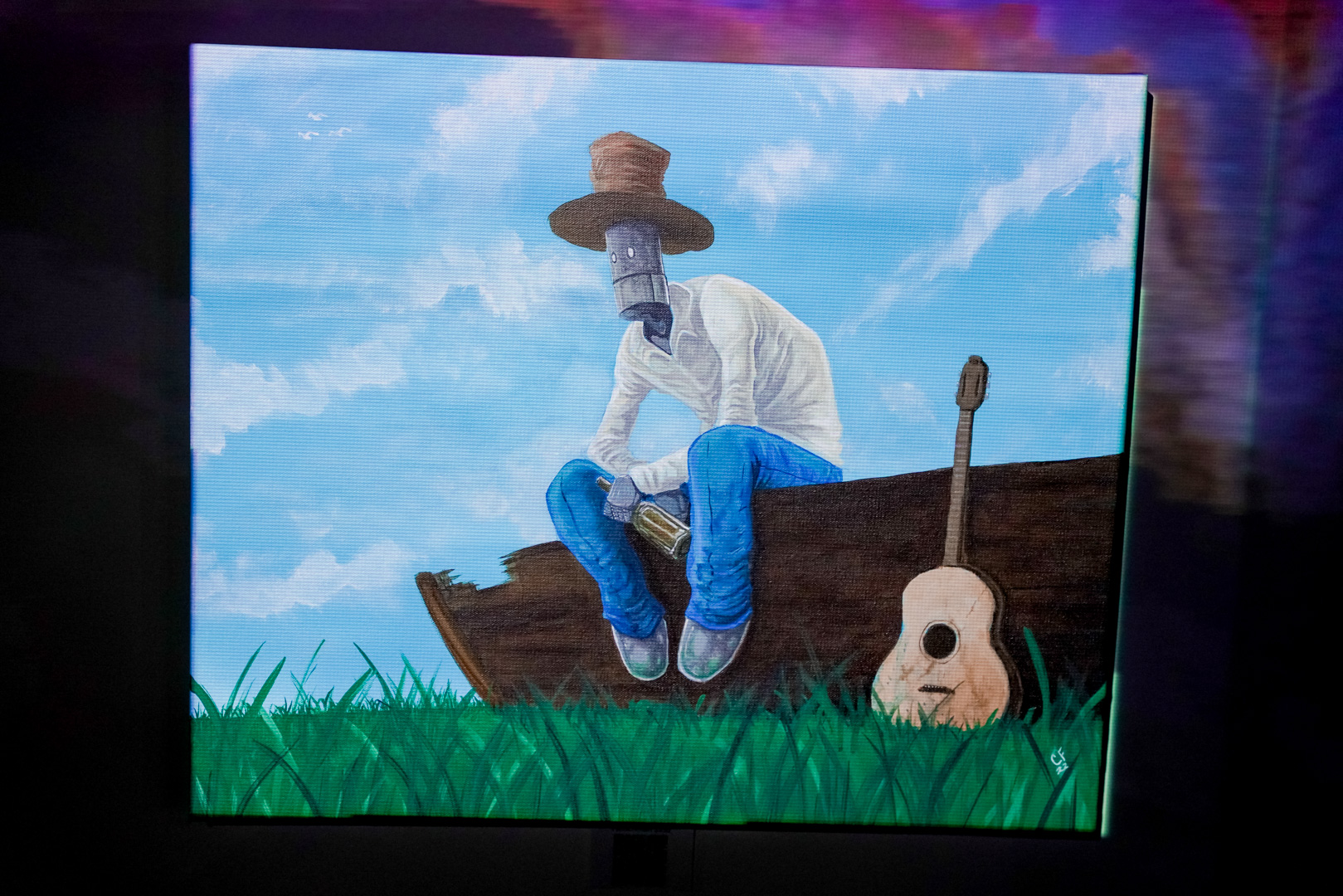 “The Grassy Plain” by Chase Fleishman. Anyone interested in purchasing art from the gallery can visit the shop.deepellumart.co website. Photo: Jessica Waffles

The combination of fire performers and electronic music sets the stage for a very laid-back environment with plenty of entertainment. Artist vendors line the outside area, giving support to many local painters, craftspeople and small businesses.

There is an open fire circle that is usually active for about three hours during every event, set up and supervised by Ignite Art Collective. An LED rope separates the perimeter of the fire circle and other attendees. There were over 20 fire performers on Saturday night. Their fire props included hoops, scythes, poi, fans, staffs, wands and more. Many attendees also participated in flow with glowing props. 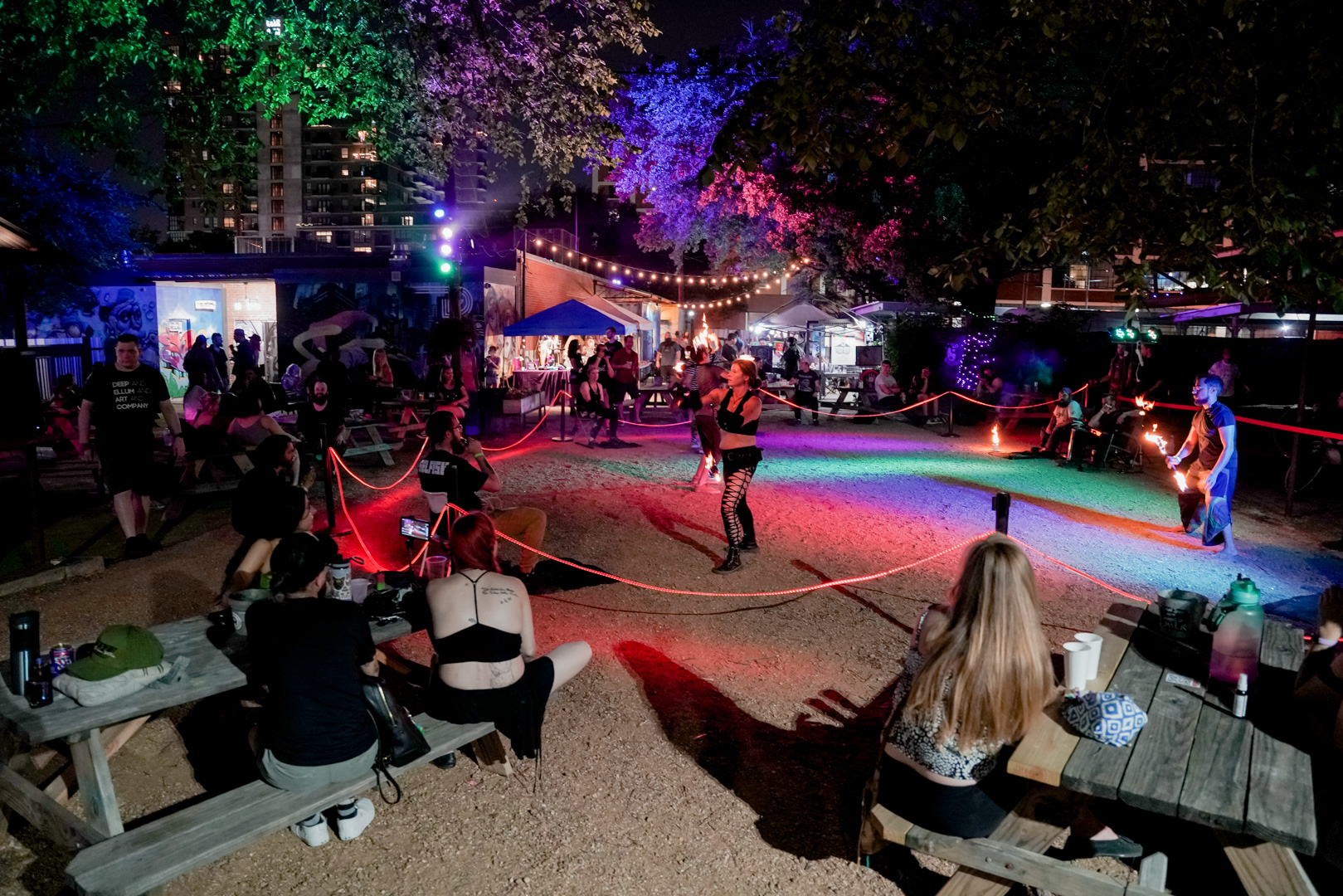 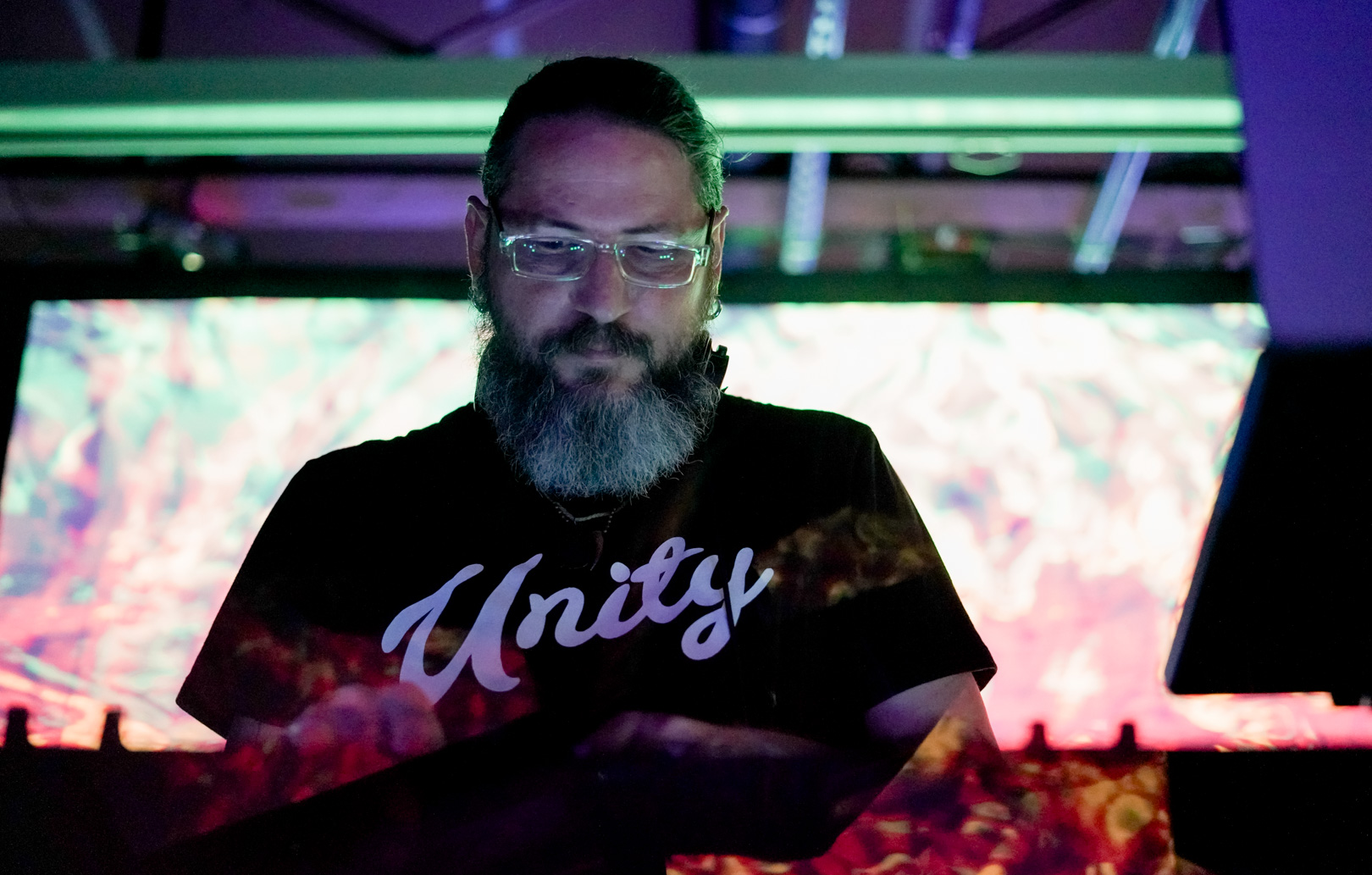 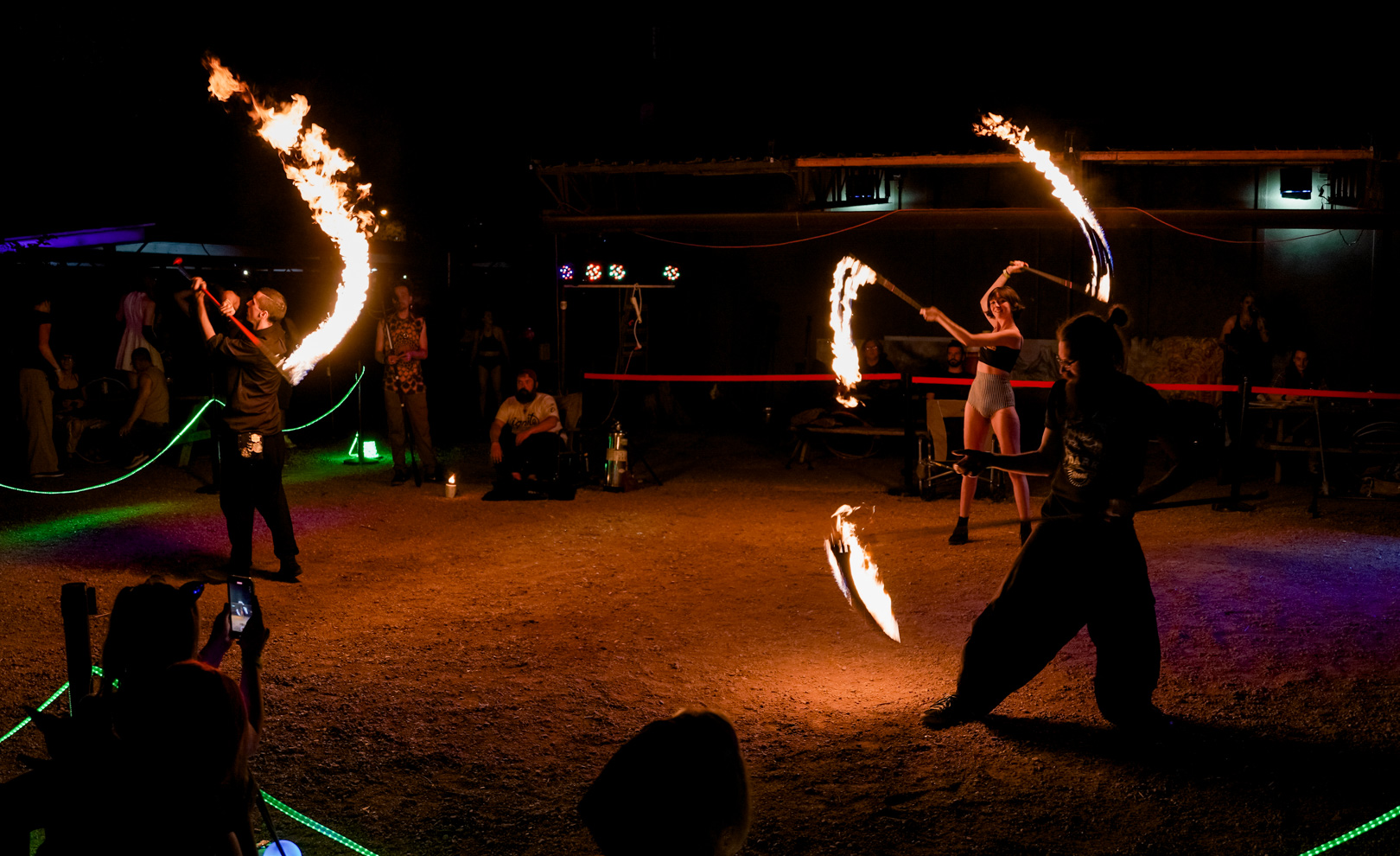 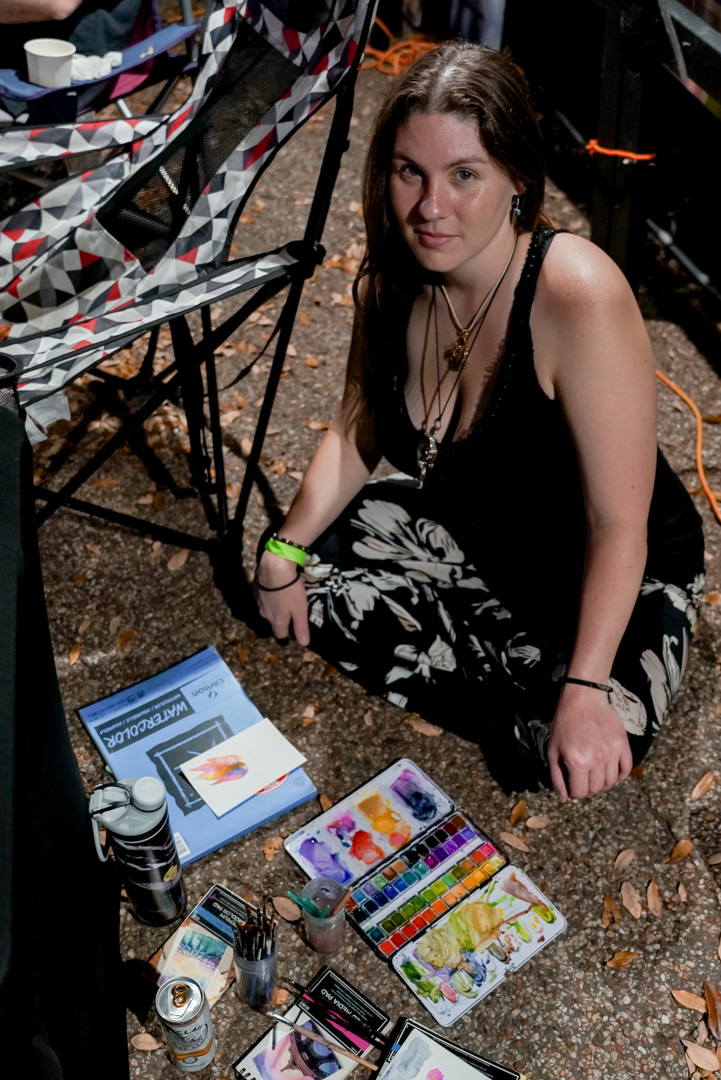 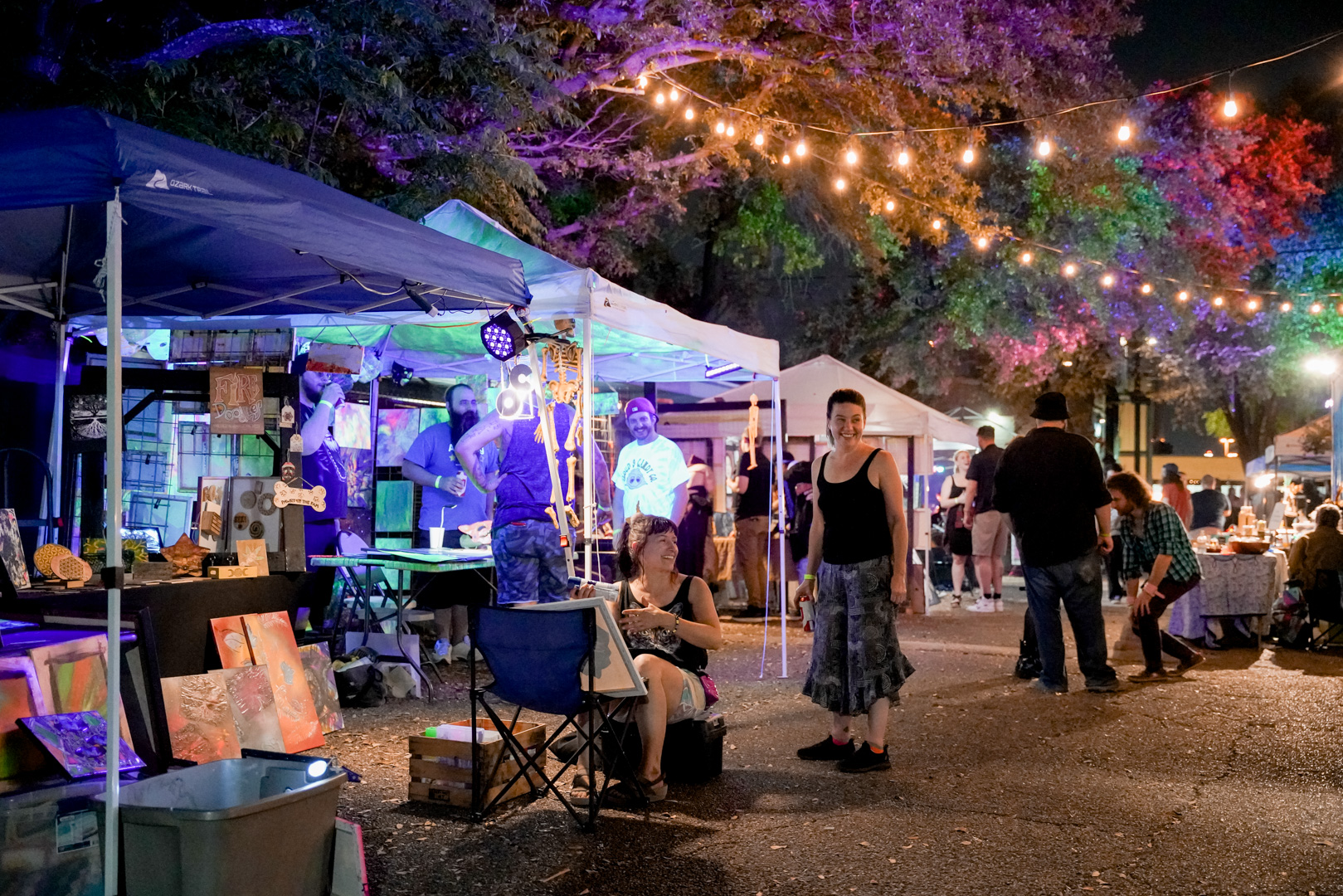 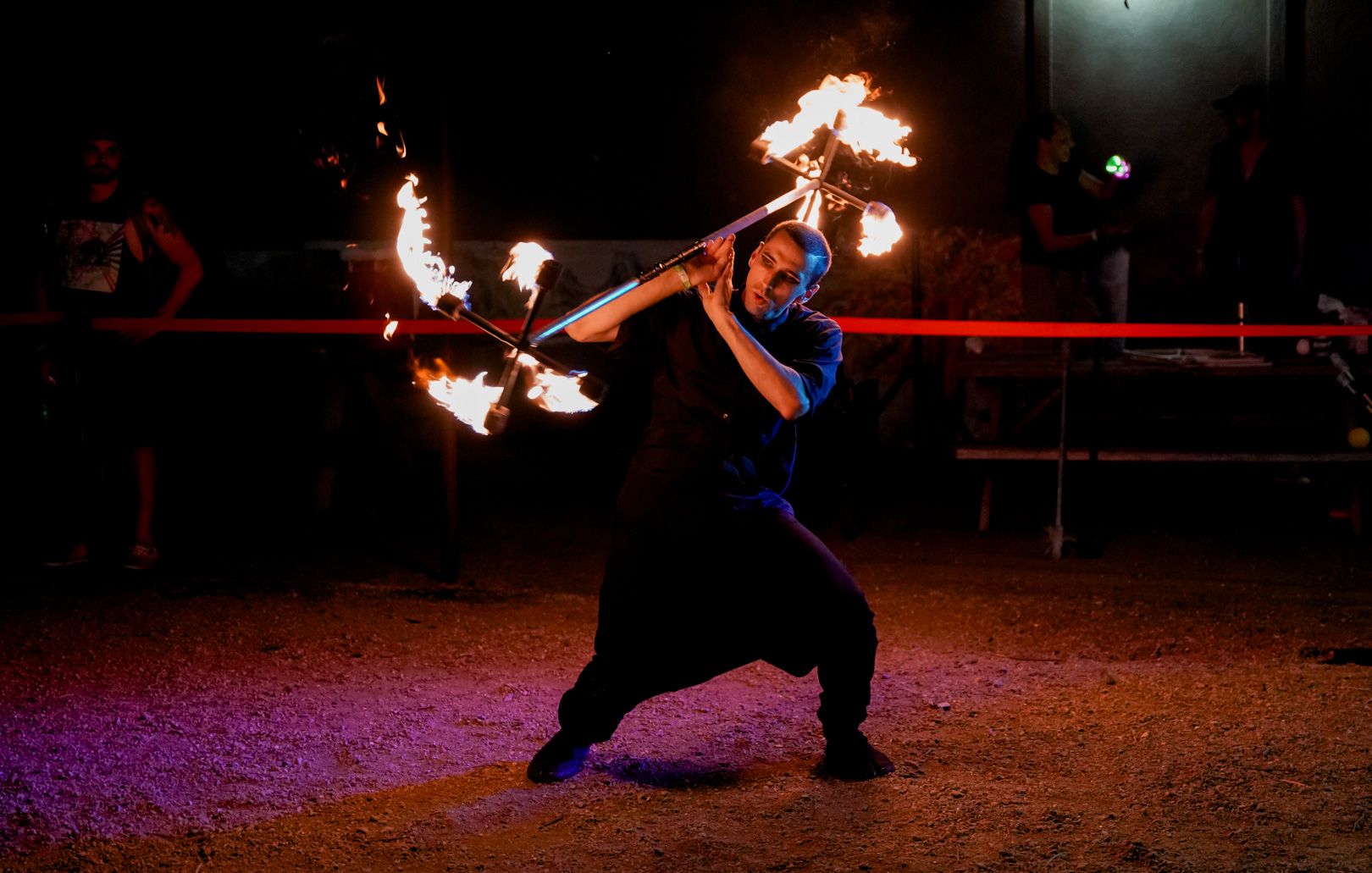 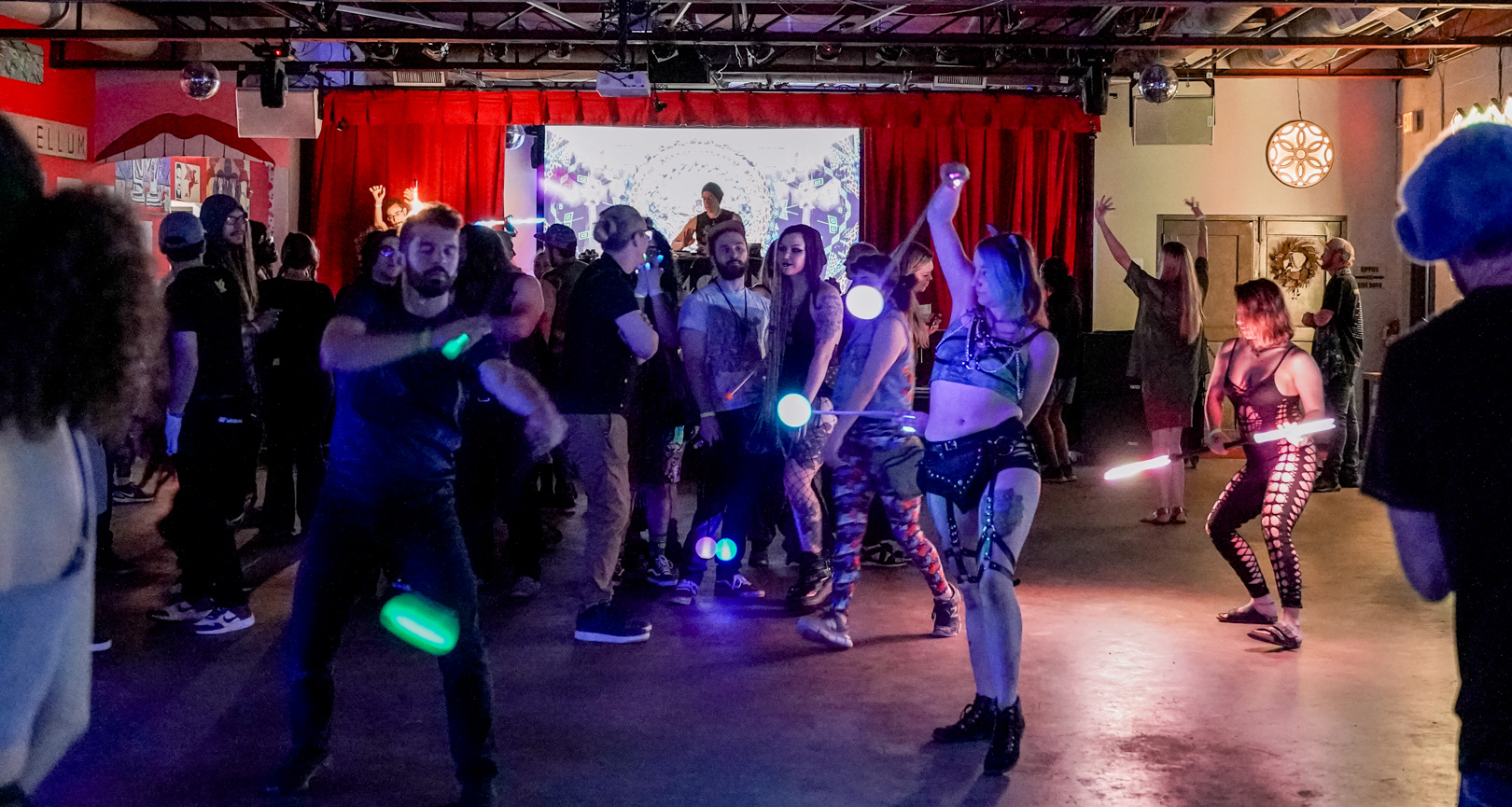 The event often features a headliner from out of town. This month’s headliner was Drumspyder from Austin, whose performance features percussion-driven dance music. Drawing inspiration from the Folk, Medieval, and Renaissance music of the British Islands and Europe, his music is a unique alchemy of musical traditions, energetic tribal rhythms, and pagan atmosphere – according to his bio.

Visuals for the indoor stage were created by Phamsta and Smudge, while outdoor visuals were done by Scott Stanley and Unknow-n.

FLOWMOON has plans to keep going every other month until November (for now), and the next event will be Saturday July 30. Learn more on the Facebook Event Page. 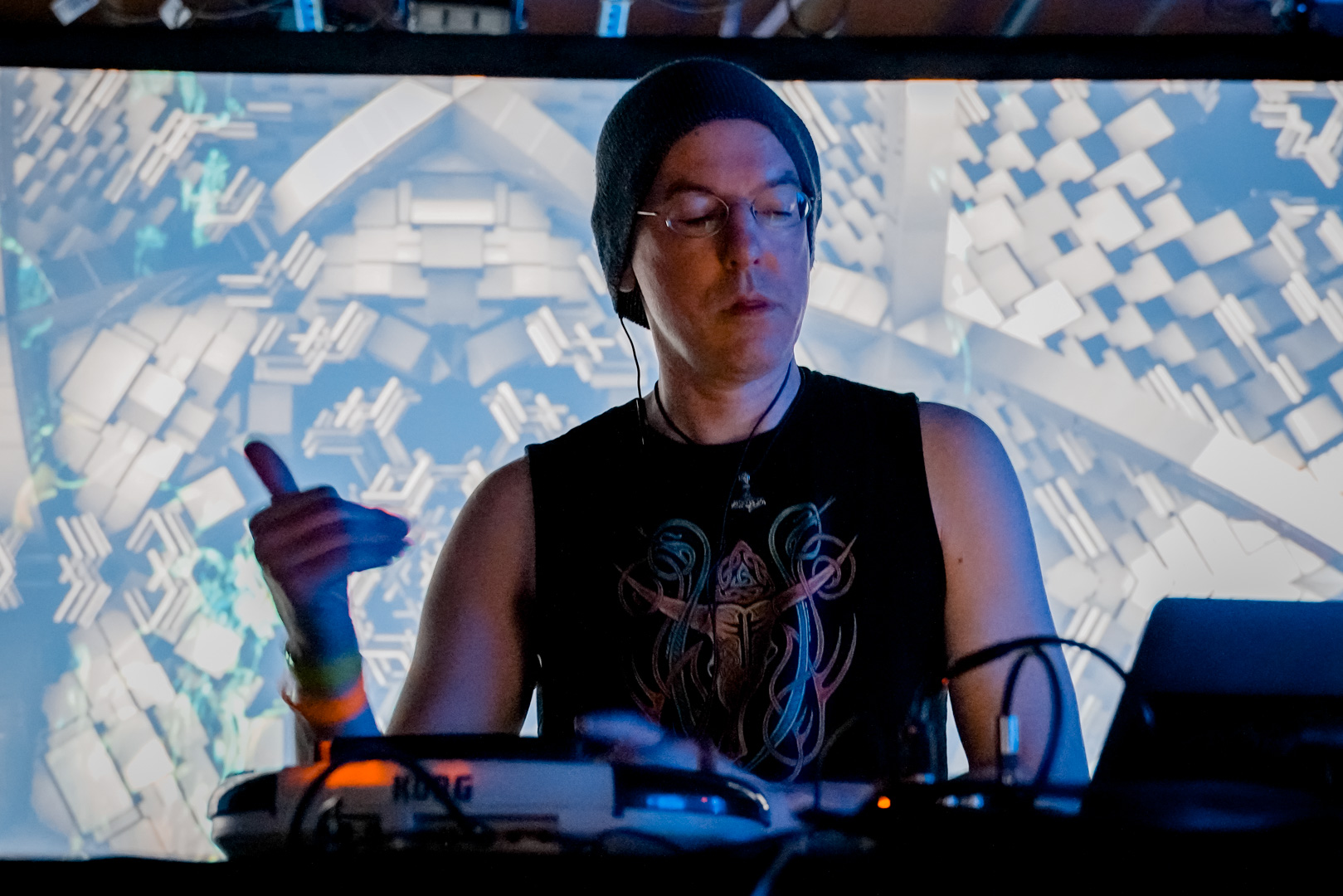