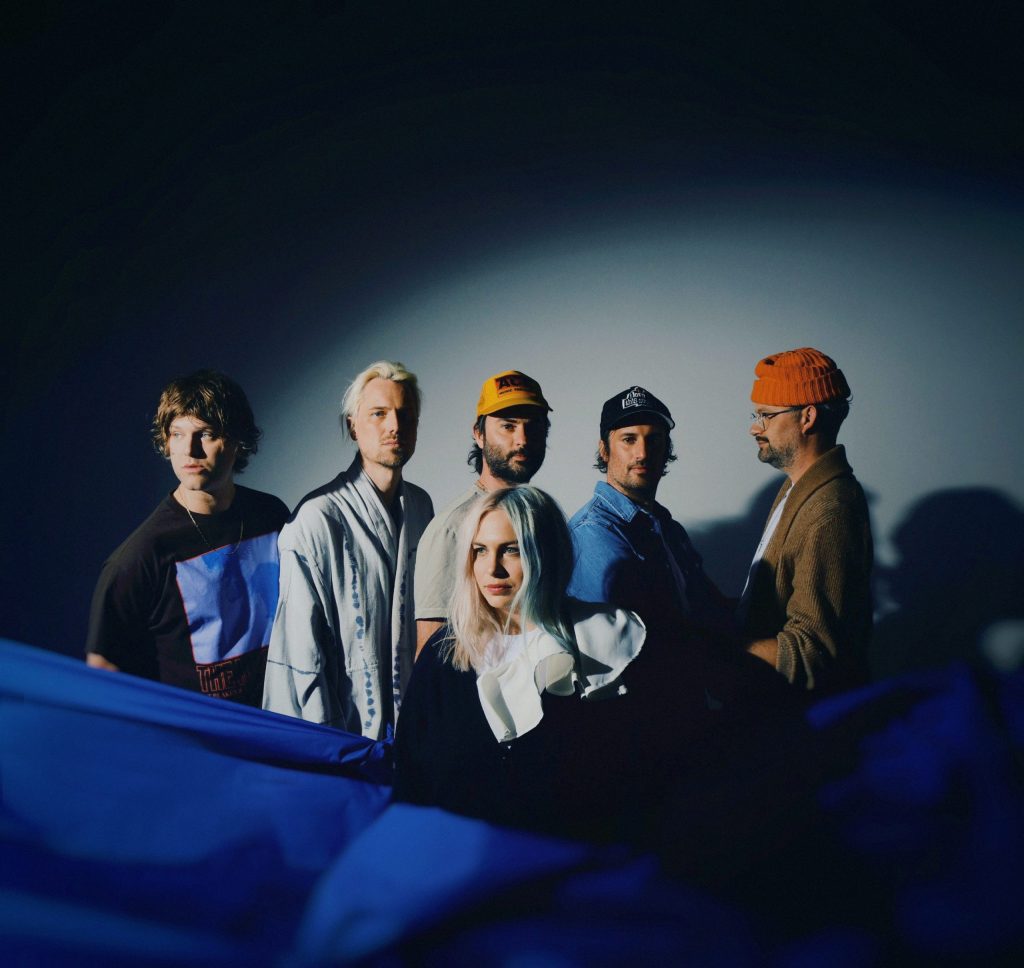 The latest album from The Head and the Heart, Every Shade of Blue, drops Friday. Eric Bright,  KXT’s host on Sunday mornings, caught up with Jonathan Russell, the band’s co-founder and lead singer/songwriter. In their call, Russell shared how he passed the time during the pandemic and how it impacted his writing. And did you know Russell’s a huge fan of Tim McGraw? Here are some excerpts from their conversation, edited for brevity and clarity.

Eric Bright: Jonathan, thanks a lot for this spending a little time here with me. This popped up out of nowhere and that was great. So thanks for doing this.

Jonathan Russell: Yeah, yeah, of course. Happy to do it, man. Thank you. How you doing?

EB: You know, one of the reasons why this came to me is because The Head and The Heart, I have two daughters, and my wife and I and the daughters just love the band. We’ve seen y’all live the last couple of times in DFW.

EB: And, actually, you were here in our studio, so you and I actually have met. It was near the end of your last tour, which would have been July, 2019.

EB: So I guess that’s my first question. Once the world did change, how did you deal with that forced stop down? Did you woodshed? Did you learn a whole bunch of new instruments? Did you just wait?

JR: Yeah, you know what’s funny is you have all this time.  So I think I expected to do a lot of writing and be very prolific in that way. But to be honest with you, let’s also remember all of the social justice and change, and it was just volatile times.  I realized that it was more paralyzing than it was inspiring and I just decided to become a listener. And in the meantime, as a musician, I sort of dove into having much more time at home in my studio, and it was experimenting with a lot of sounds and sort of color, figuratively speaking, and sort of sonic exploration.

But as a writer, fortunately, I had already stockpiled quite a few songs leading up to March of 2020. So, yeah, how did I handle it all? I mean there’s definitely a rocking of the boat. It took a while to sort of get your sea legs [and figure] OK, what do you do with this lack of structure?

I think for a little while it was kind of fun. And once the novelty of just having all of this freedom, you realize, like, hey, we don’t really understand what’s going on in the world. Like, if this is what we’re supposed to be doing with our lives, maybe actually figure out a way to make use of this time. Once you realized it was going to be a marathon and not a sprint, it was like, OK well, let’s let’s focus on some mental health.

And there’s been a lot of things going on in our band through Living Mirage that was just kind of like putting bandaids on bandaids at that point. The band had been together for, you know, a decade, and we never really had time to stop and turn around and talk to one another without having it be public facing. So eventually, we actually started making some really good inroads of speaking to professionals and speaking to one another in ways that we just had never really done.

So you know, musically, we were working, but I’d say we were equally working just as hard on our  mental health with one another, just so that if and when this thing came back around, I think we could really look each other in the eye and know that we did our best to try and set ourselves up for another 10 years.

EB: You said you already had some new songs ready to go before March ‘20. So did those songs make the new record?  Or did that sort of shift once you realized we’re in this pandemic? And like you said, social justice issues going on now, you know, now do I have something different to say than I had to say before March ‘20?

JR: Right, yeah, that’s a great question. The way I tend to write, with me being a songwriter, it’s been surrounded by five other people. I’ve always sort of left room for things to be finished inside the circle.

And so even if I was writing about something that may have felt almost irrelevant by the time 2020 rolled around, it’s interesting, a pre chorus or a bridge, or even just changing the layer in a chorus can all of a sudden steer the ship and make it feel like something much more on track with what’s going on around the world.

Not to say that every single song was re-approached in that manner. But there are quite a few songs where I thought I was writing about something else, and I would just, you know, sort of leave it on the shelf for a little while. And then when you come back and you finish it and maybe it’s a little more topical.

On the other hand, there’s a song called “Back in its Place” that’s actually not on this batch, but it will be coming out later, that I wrote like March 7th, 2020, just like a week before, we would have known what this was called. But the title of the song is is pretty apt to what this song is about, and it’s called “Back in its Place”. And it just. I mean, there’s moments that almost freak you out, how prophetic they sound.

EB: The new record Every Shade of Blue is coming out soon. Right before this interview I re-listened to all three songs that are already out. And we’re playing “Virginia (Wind in the Night)” quite a bit on KXT. Love this song, it’s got this big dynamic, anthemic kind of feel to it. I mean, it sounds like a Head and the Heart song, but it’s got a little bit of, you know, looking forward to it, I think.

JR: Right, right. You know, what’s funny about that one is I’ve always been  – and I don’t wanna say “closet” because I don’t hide it – I’ve always been a massive Tim McGraw fan. Some may say pop country, modern country. Ever since I was a teenager, when I moved to Virginia from Florida, I think it just wasn’t an option. If you’re gonna be dating anyone here, you had to listen to Kenny Chesney or Tim McGraw. And eventually I became a massive Tim McGraw fan. And there’s something funny there. Or it’s funny to me, there’s something that just feels very Tim McGraw to me. I’m very proud and stoked about it, but you know, it’s funny. It’s just it’s just me singing about my life and Virginia to a piano and then that chorus hits and it just feels, very future facing, very sort of anthemic.

EB: I’m looking forward to seeing you in August. But I looked up the first time The Head and the Heart played here in DFW, and that was at the Granada Theater in May 2011 with the Walkman and a local band at the time called Seryn. I’m curious if you remember anything about that show?

JR: Wow. I wish I could say 100% truthfully that I do. I remember it was a relatively short tour we did with The Walkmen, so the memory I have of us playing shows with the Walkman, I remember that was around the time when our van broke down and we had to travel around in a U-Haul. So we had like two people up front and four people in the back of this windowless box, flying down the highway. And I had actually bought this kids toy record player that actually worked and I had Al Green playing in the back of the U-Haul on the floor, listening and touring Texas.

EB: Man, really glad to get back to it and see you guys in August.

JR: Yeah. We’re looking forward to it, Eric. Thanks. Thank you for your time. Seriously, really appreciate it.