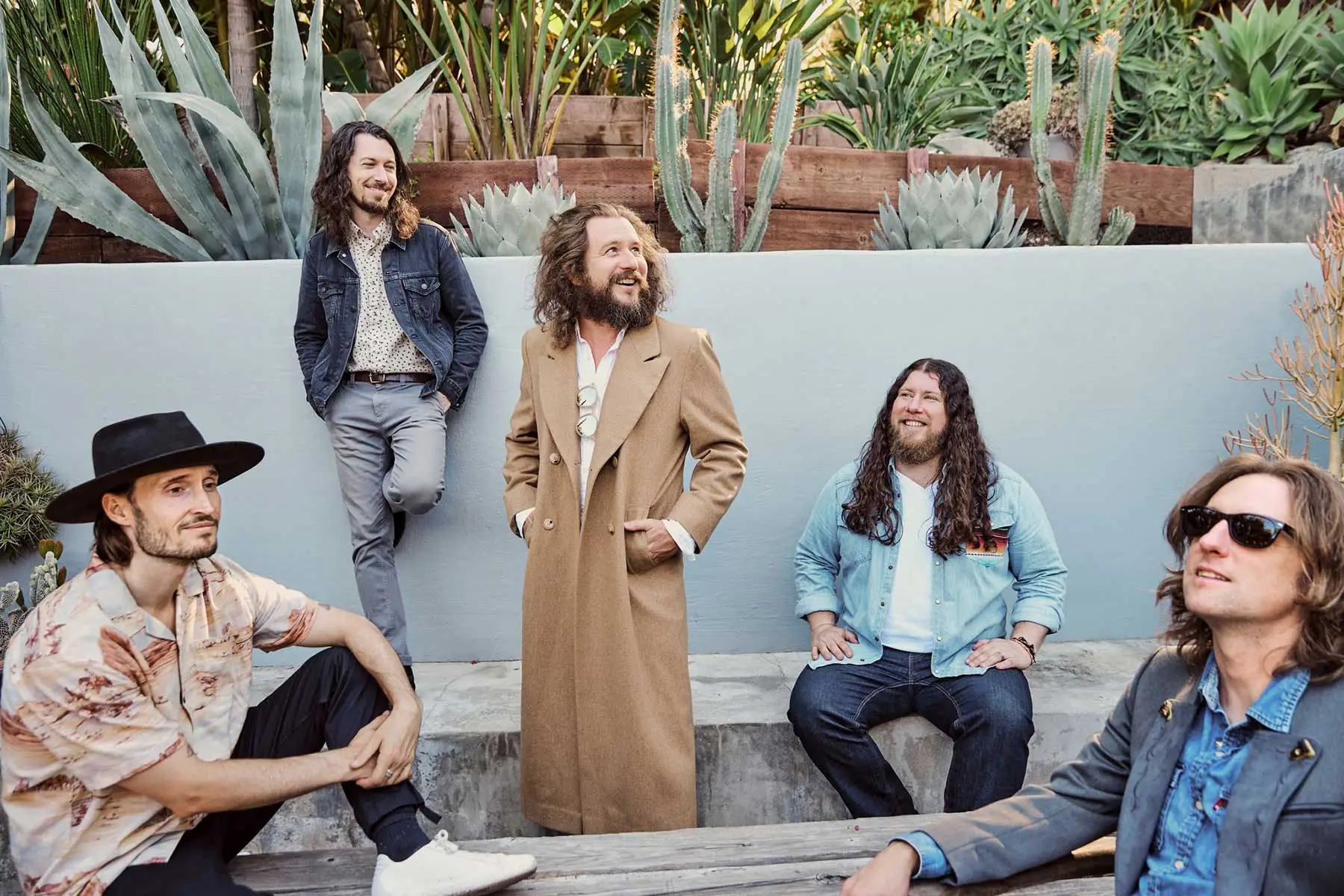 My Morning Jacket thrives in the moment.

Over its 24-year existence, the rock band formed in Louisville has built a formidable reputation as one of the most thrilling live acts around, thanks in part to extraordinary live performances taking dense, intricate studio recordings and expanding upon them in intoxicating ways.

“When we’re actually doing it, I really try not to think about it,” said guitarist Carl Broemel during a recent conversation. “[A concert] is an event that’s going forward in time, and then we will all collectively move on to a new day, the sun will come up, and this is erased. That’s kind of how I approach the tours.”

Fans of the band will get a fresh chance to take the journey with Broemel, Jim James and the rest of their My Morning Jacket bandmates when the group returns to Dallas for a gig Thursday at the Factory in Deep Ellum.

Touring behind its latest (and self-titled) LP, released last fall, there’s a sense of renewed momentum — the band had drifted into an extended hiatus before the pandemic sharply curtailed live performance. Both on My Morning Jacket and on stage, Broemel said the group has a fresh appreciation for hitting the road.

“There are so many silver linings that came out of [the pandemic] for every one of us,” Broemel said. “If there was any time when you took [performing live] for granted, that is no longer the case for anyone. I think that it’s a really priceless thing, you know? Instead of barreling ahead, you’re like, ‘Oh, this is why I’m choosing to do this with these people — we enjoy this.’”

Another aspect of Broemel’s life also relies on the specificity of moments: his passion for instant photography. In that pursuit, he sees vivid parallels with his day job, which will keep him on the road for much of the rest of the year. (Some studio recording is also potentially on the table, but Broemel says “that’s all being figured out”).

“There’s a lot of preparation and discussion that goes into getting an event to happen, or tour or making a record,” Broemel said. “You can get tied up in all the ins and outs and details of that. At the end of the day, you’re as ready as you are, and you go play. … There’s a lot of that, like, we plan things as much as we can — you know, you get your camera, you wipe your lens off, wait for the sun to come out, press the button and then — we’ll see.”