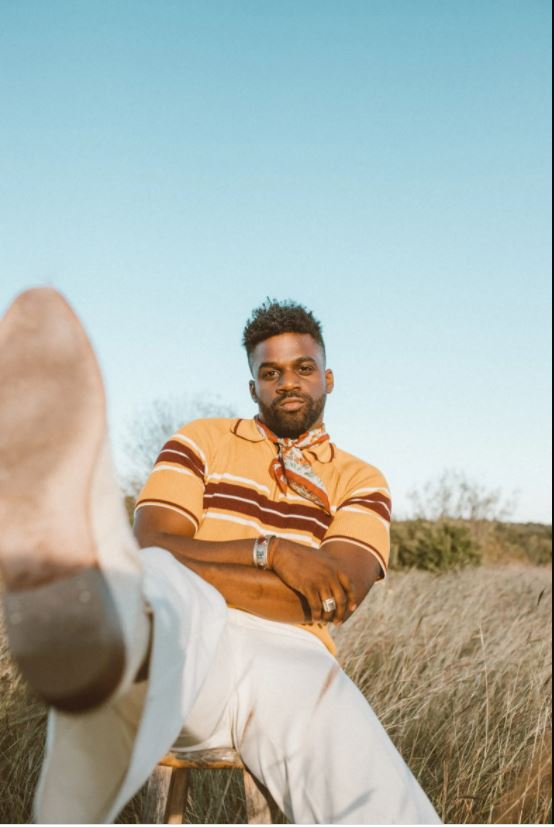 A soccer injury might have been the luckiest thing to happen to Abraham Alexander.

Until that point, the former Texas Wesleyan soccer player had only fiddled around on other people’s guitars. After he got hurt, his then-girlfriend gave him his own.

“It was like I just gained a limb that I lost or didn’t know I needed or I had. It was the self-expression that I’ve never had before.”

When he started teaching himself how to play by watching YouTube videos of Gary Clark Jr., he had no idea that, a few years later, he would play with Clark Jr., tour with Leon Bridges and get signed to Dualtone Records.

“I’m excited about being able to release new music. I’m really excited about what’s happening right now,” Alexander said over the phone. “It feels surreal, and I’m in constant awe of what’s going on. But I wouldn’t be here if it wasn’t for others that have poured their hearts (out) and believed in me from the genesis of all of this. I’m just grateful.”

In 2018, he wrote down a list of dream venues. Over the past year, he performed at two: Red Rocks Amphitheatre with Leon Bridges and Ryman Auditorium in Nashville, where he played in support of the Black Pumas.

Jordache Grant performed alongside Alexander at the Ryman. The keyboard player and frequent collaborator spoke highly of Alexander’s talent.

“It always feels like this big, magical moment every time we hit the stage,” Grant said. “I’m not saying that to sound cliché. I’ve toured with a lot of big artists, and I’ve never experienced that where the audience connects from beginning to end — and this guy doesn’t even have a record out yet.”

Alexander’s music doesn’t fit neatly into one genre, but is a combination of three.

“He’s soul. He’s folk. And he can give you a little bit of that R&B all at the same time, you know? Soul, folk and R&B, that’s where I place him,” Grant explained.

“Definitely a lot of soul because again, he’s literally singing his life. It’s coming from the heart, but we can get into that R&B groove. We can give you that push. And of course, folk because he can tell a story.”

“But you don’t really get to hear those stories told through the lens of an African-American in that kind of way, normally.”

Sanders called Alexander’s music and perspective refreshing, and in an industry that others have criticized for being formulaic, Alexander breaks the stereotypical mold.

“His music is a very true representation of him and his story,” Sanders said.

“I feel like a lot of people are just making the songs that they’re supposed to make as opposed to making something that means something and that has a story that’s unique to that person.”

“I’m actually an immigrant myself. I’m from the Bahamas, you know? So he started telling me his story and how he was born in Athens, Greece, and all of this stuff. And immediately, I just connected with what he was doing,” Grant said.

“When I listen to the words and the songs like ‘Stay,’ it’s like, OK, you’re really writing what you’ve experienced. You’re not just here trying to be a songwriter, you’re actually singing your experience.”

Alexander was born to Nigerian parents living in Greece. The family moved to Arlington when he was 11, and, a few months later, his birth mom died. Now 31, he has some advice for his younger self.

“I would tell Little Abraham to maybe put his walls down and be as present as possible.” Alexander said. “We learn from the pains and we learn from the hurts. I was a strong-headed kid because of everything that was happening around me — I tried to sort of block myself.”

In college, he channeled his energy into soccer. Even though his soccer career is over, the U.S. National Team, Real Madrid and Manchester United fan still believes in the sport’s ability to bring people together. Soccer is one of two universal languages — the other is music, he said.

Club soccer and the World Cup bring together players from all over the globe to play the same game. Likewise, music draws a diverse crowd of strangers to a venue to experience a performance together. Alexander said that, in those moments, emotions, longing and understanding each other are the only things that matter.

“Music definitely helped me figure out those emotions and helped me put them in ways that it can also be healing for others,” Alexander said. “I strongly believe that the pain that we’re able to turn into art could be someone else’s salvation.”