Learning Names frontman Dook Dootson is from Manchester, UK, but found love in New York in the late Summer of 2010. That sent him down a path that would eventually bring him to the North Texas music scene.

Dootson was recording at the now-closed Skyline Studios in Manhattan for a few weeks, staying in a local apartment building.  He met the woman who would end up becoming his wife right there on the balcony. They lived in England for 8 years, then moved to Texas in 2019. Her family is from here.

Learning Name’s lineup has evolved over the 3 years Dootson has been here. The whirlwind of COVID affected musicians’ living situations and abilities to carry on with a band.

“It’s just been a wild ride,” Dootson said. “The only really consistent one has been the bass player Hank Burk.”

The other members of the band are Alex Antonucci on drums, Isaac Gong on trombone and Zac Gilbertson on tuba. They’d like to mention they’re currently looking for a trumpet player. 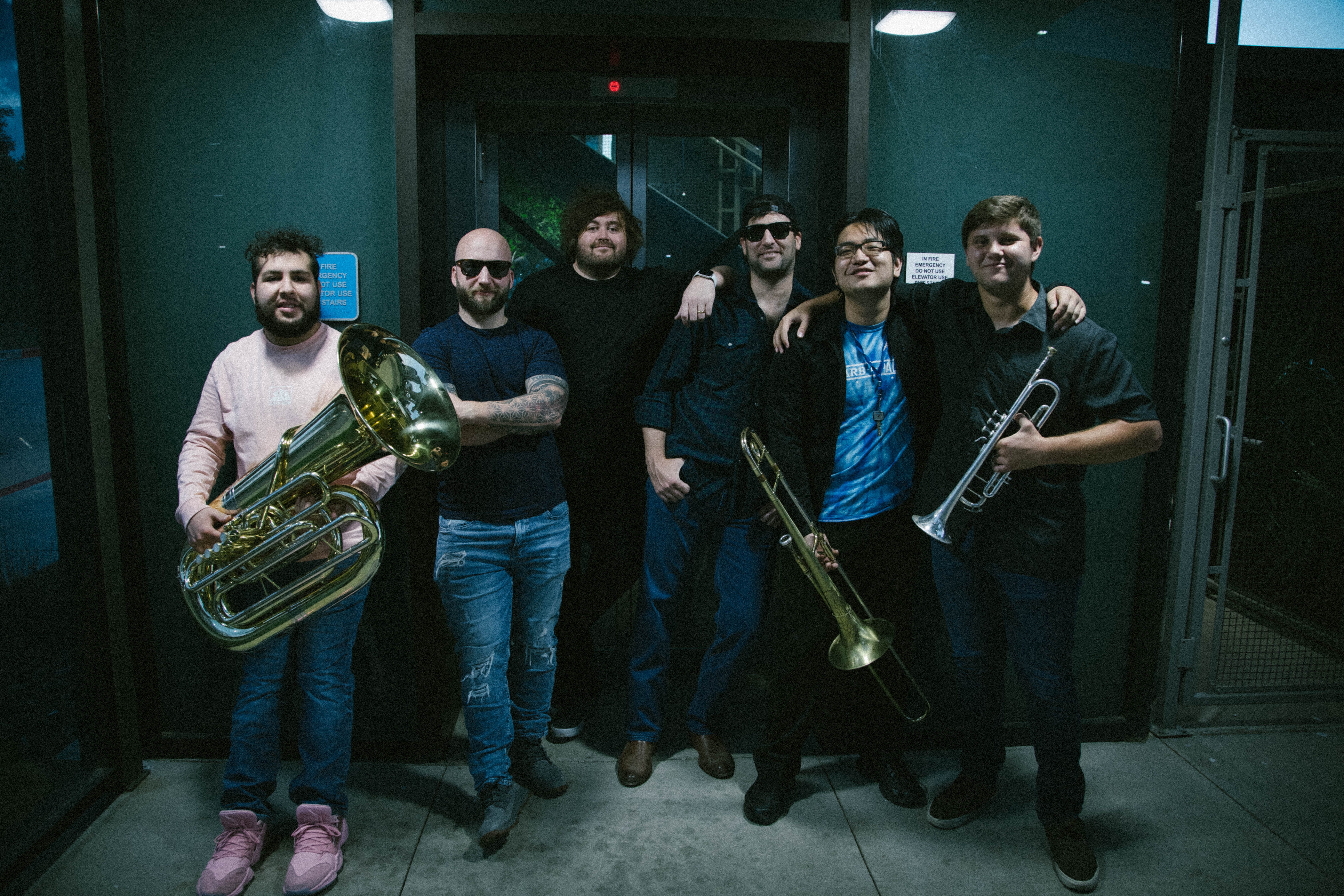 The current iteration of the band has been together about 7 or 8 months, and they’re all on the single recording that Learning Names just released called “I Was The One,” which is accompanied by the music video above.

“The song is basically two people at the end of a relationship, and both blame the other,” Dootson said. “They both think they’re in the right.”

This DIY band recorded the single in Dootson’s home studio and created the music video themselves with the help of Jessica Sherrell. The video is filmed in Mineral Wells, TX and stars Emily Sherrell and Ethan Robson. Dootson is the editor.

The band’s almost finished recording its debut EP. It should be out in April. And keep your eyes peeled for a single from the EP in late March.

Catch Learning Names this Saturday, February 19, O’Riley’s Pub Dallas with The Bonnie Situation and at Six Springs Tavern on March 5.