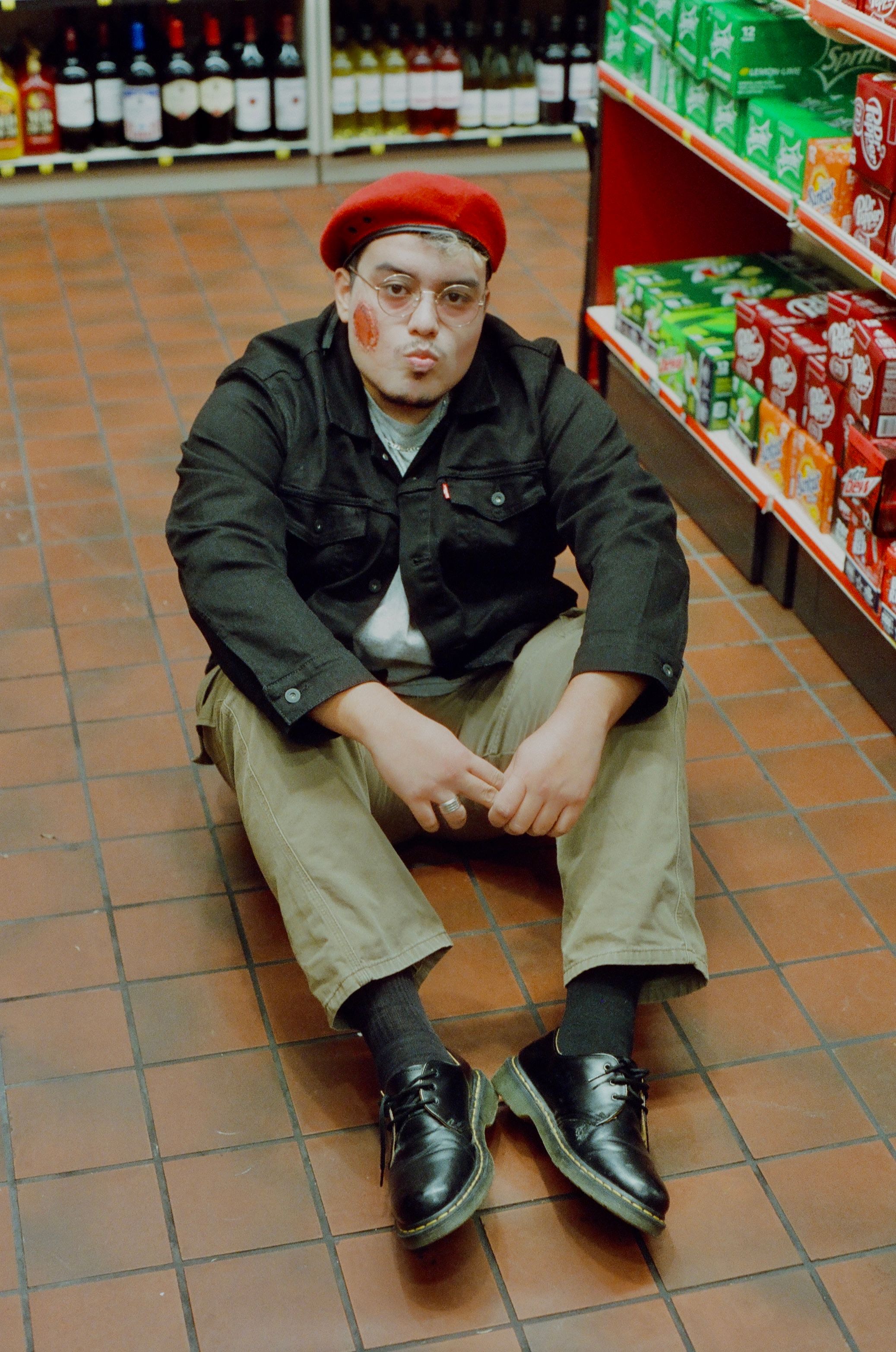 Kalid Abdul’s latest single, “2broke2die,” is less than two minutes, but it makes a profound impact in that brief time.

The Mexican-born, Dallas-based artist — Abdul is a member of the Latinx rap collective CHROMA — is striking out on his own with “2broke2die,” which also serves as the title track of his forthcoming mixtape. The song has its roots in a mixture of personal and societal crises.

“When I made ‘2broke2die,’ I was really frustrated with my situation — being a first-generation immigrant, and questioning my decisions, like dropping out of college to pursue music, especially during the pandemic,” Abdul said via email. “I became really aware of my mortality.”

That strain manifests itself in the hypnotic, harrowing refrain (“We’re still too broke to die”), but also reflects Abdul’s admiration for artists like Tyler, the Creator or Arizona hip-hop trio Injury Reserve, who fearlessly mine their own, complicated emotions for creative inspiration.

“[Tyler is] able to create whatever he wants and he has a loyal audience that appreciates it,” Abdul said via email. “He’s really been able to become a successful renaissance man. I also take a lot of inspiration from Injury Reserve, because they always felt real to me. … They were never afraid to create and push the boundaries of hip-hop, they just made stuff that felt right to them.”

In turn, Abdul, who is snugly ensconced in the city’s burgeoning alt-rap scene — he counts artists such as Pretty Boy Aaron, A-Wall, Ariel + The Culture and Zebra Troop as peers and collaborators — hopes his own music serves as both entertainment and encouragement to listeners.

“I’d hope people take two things from listening to me,” Abdul said via email. “The first being no matter what holds you back … you can really do what you want in life, if you put your 110 percent into it. … The second is to always be unapologetically you. … Over time, I’ve learned to love me for me. Everyone brings something special into this world.”

The year ahead will find Abdul continuing to make a formidable impression. He plans to release his next single from the 2broke2die mixtape, “AUSTIN,” on Feb. 25, which will feature Botsu (aka NGS) from Japanese experimental hip-hop outfit Dos Monos. He’s also working on CHROMA’s third full-length album, as well as his own debut LP.