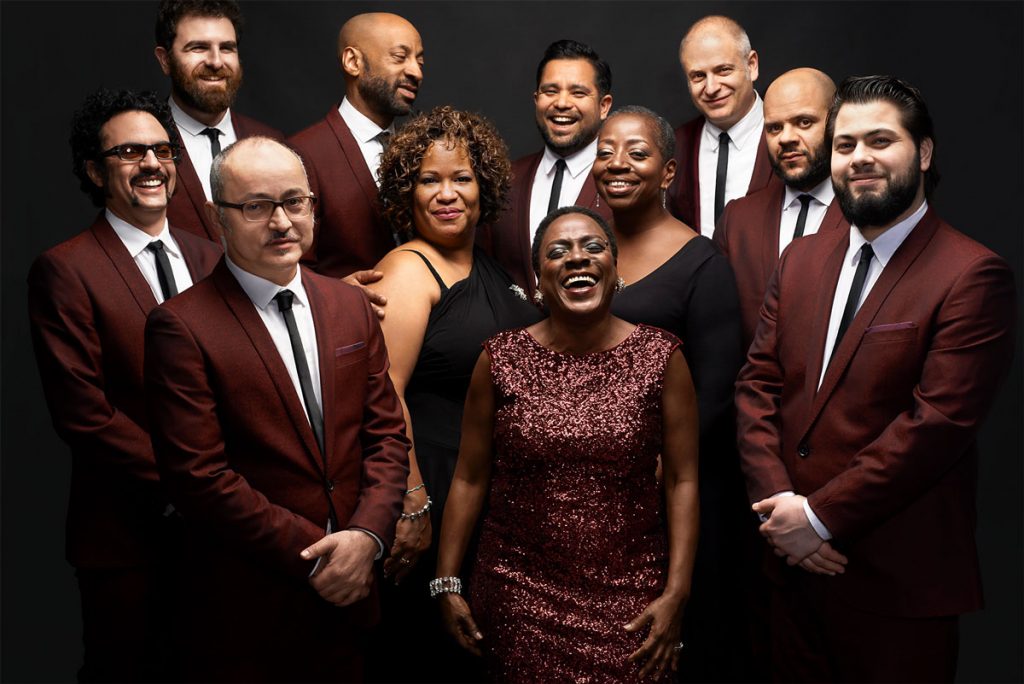 Colorful lights are going up, temperatures are going down, and we’re starting to hear songs we only listen to once a year – it’s the holiday season so “The Best Song You’ve Never Heard” is homing in on festive songs you may not know through December. Hanukkah started early this year, so we’ll kick off this holiday celebration with a song from a surprising source.

Sharon Jones and the Dap-Kings released Holiday Soul Party in 2015, which would also become the last album Jones released before her death in 2016. It featured holiday covers, covers with updated lyrics, and originals written by the band. Soul and Hanukkah don’t seem like they’d have a connection, but with the Dap-Kings there is. The band was based in Brooklyn, NY and many of the band members are Jewish, including bandleader Bosco Mann.

“8 Days of Hanukkah’s” songwriting is attributed to the Dap-Kings and has a School House Rock vibe, which inspired the lyric video. The song almost acts like a lesson on the holiday as Mann included references about the holiday’s meaning and his experiences growing up. Sharon Jones’ soulful vocals are as powerful as ever and it’s a unique spin on holiday music. If you’re looking to get down during the holiday season, “8 Days of Hanukkah,” or really the whole album, is a great place to start.