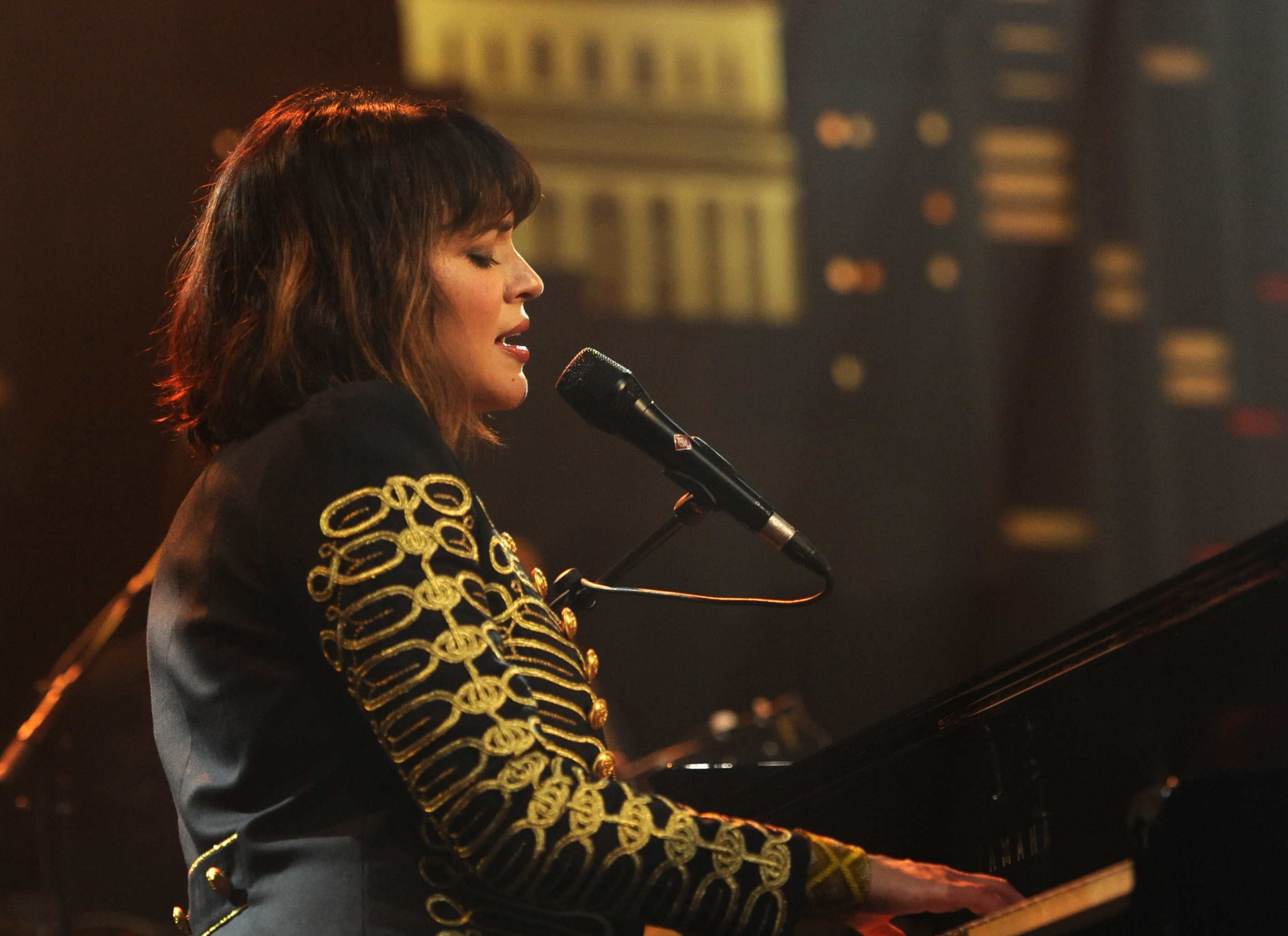 The temperatures in North Texas might not feel like Christmas is right around the corner, but we’re less than a month away from Santa’s big day. This year, plenty of Texas-bred artists have turned out fresh holiday records for placing under the tree with care, and we’ve got a look at five of them, ideal for gifting to that music lover in your life — even if that someone is you.

Norah Jones, I Dream of Christmas

Somehow, the nine-time Grammy winner, raised in Grapevine and educated at Dallas’ Booker T. Washington High School for the Performing and Visual Arts, has never, in her long, acclaimed career, released a holiday album. Until now. Jones rectifies that gap in her output by following up last year’s smoldering Pick Me Up Off the Floor with this 13-track collection that’s roughly split between six Jones originals and her lovingly rendered covers of seasonal staples like “Winter Wonderland,” “Christmas Time is Here” and “White Christmas.”

Kelly Clarkson, When Christmas Comes Around …

The Fort Worth-born and Burleson-raised pop superstar and talk show host is no stranger to Yuletide tunes. She dropped Wrapped in Red nine years ago (and which contains — apologies to Mariah Carey — Underneath the Tree, the only acceptable answer to the question “What’s the catchiest Christmas pop song of all time?”). As before, Clarkson’s latest foray into holiday tunes is a mix of originals – Clarkson drafts Chris Stapleton to help out with “Glow” – and covers of classics, including “Santa Baby” and “Jingle Bell Rock.”

Pistol Annies, Hell of a Holiday

Lindale native Miranda Lambert, along with Angaleena Presley and Ashley Monroe, takes care to make time for this singular side project. The multi-platinum Grammy winner harmonizes beautifully with Presley and Monroe’s formidable voices. Hell of a Holiday is the trio’s first foray into Christmas-specific material, and they mix feisty originals (“Come On Christmas Time,” “The Only Thing I Wanted”) with sharp tributes (“Sleigh Ride”; Merle Haggard’s “If We Make It Through December”).

The Arlington-formed a cappella group is no stranger to holiday albums — this year’s 14-track Evergreen is the pop group’s sixth seasonal effort overall in the last decade. Scott Hoying, Mitch Grassi, Kirstin Maldonado, Kevin Olusola and Matt Sallee offer sleek renditions of Christmas staples (“Home for the Holidays,” “It Came Upon the Midnight Clear”) alongside songs you might not immediately peg as holiday fodder (“I Just Called to Say I Love You”). The quintet will conclude its 16-date “Evergreen Christmas” tour with a two-night stand, Dec. 22 and 23, at Grand Prairie’s Texas Trust CU Theatre.

Houston-born singer-songwriter Kat Edmonson calls her current sound “vintage pop,” which is a fitting way to describe her sixth studio album and first holiday-themed effort, Holiday Swingin! It’s a sparkling mix of classic tracks — such as “O Christmas Tree,” “Let It Snow” and “Jingle Bell Rock” — anchored by Edmonson’s effervescent, evocative voice, as fine a tonic as any for soothing any hectic holiday feelings you might be having.