For many musicians, busking is a rite of passage. This tradition is not lost on Late Night Call.

Rickey Mitchell, Jimmy Hicks and Joe Galate, ages 21-24, are keeping the ways of culture alive through playing music on the streets of Deep Ellum 2 to 5 nights a week. 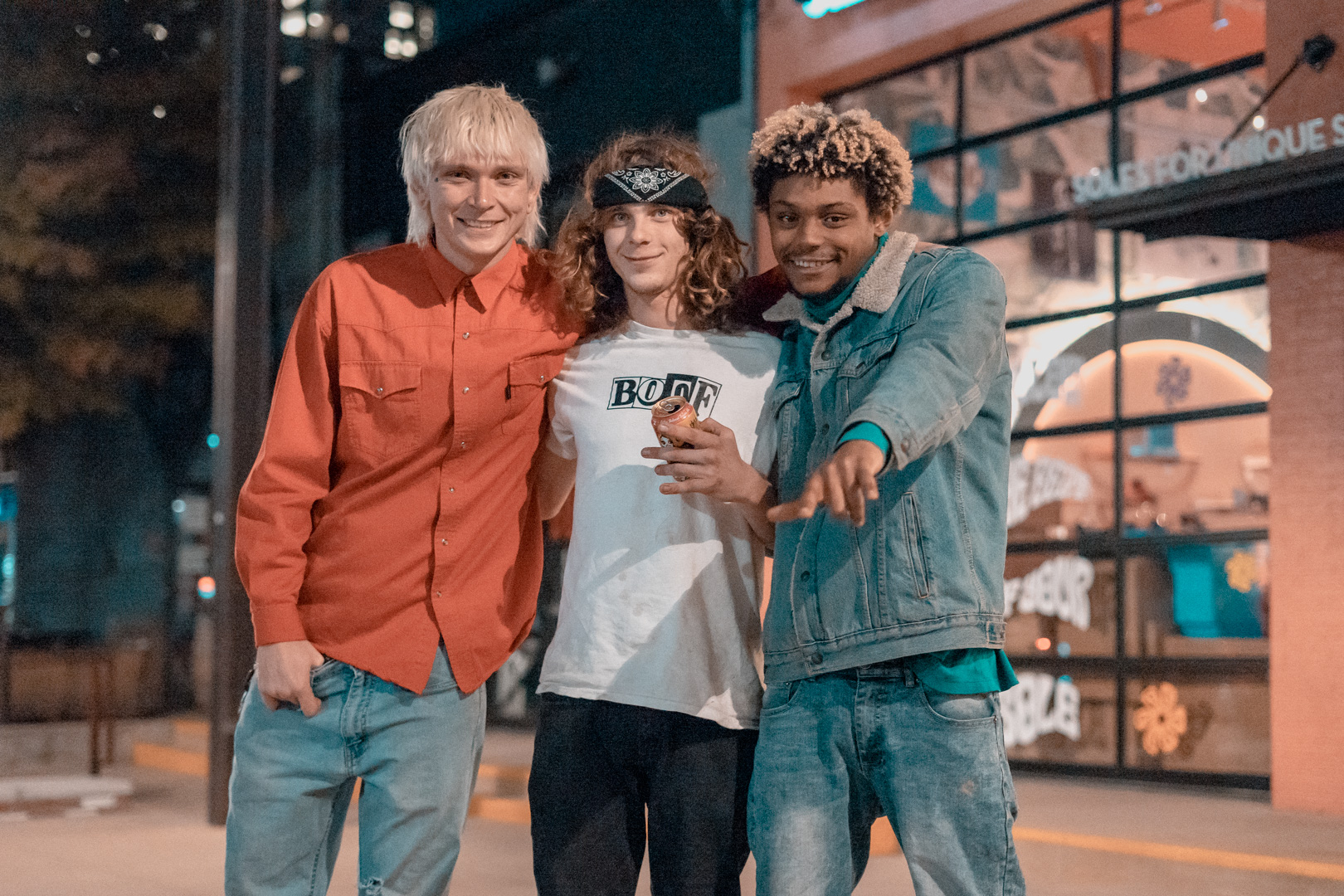 The trio have been playing together for a little over a year now, performing regularly on Friday and Saturday nights in Deep Ellum, with Mitchell and Galate playing an additional 2 to 3 nights as a duo. Before the band got together, Mitchell performed in the streets solo beginning at age 17. He’s now 24.

“We plan to take it as far as we can go,” said Hicks, the band’s drummer. “I know how we grew up and how important music is to us, and we just want to continue that.” 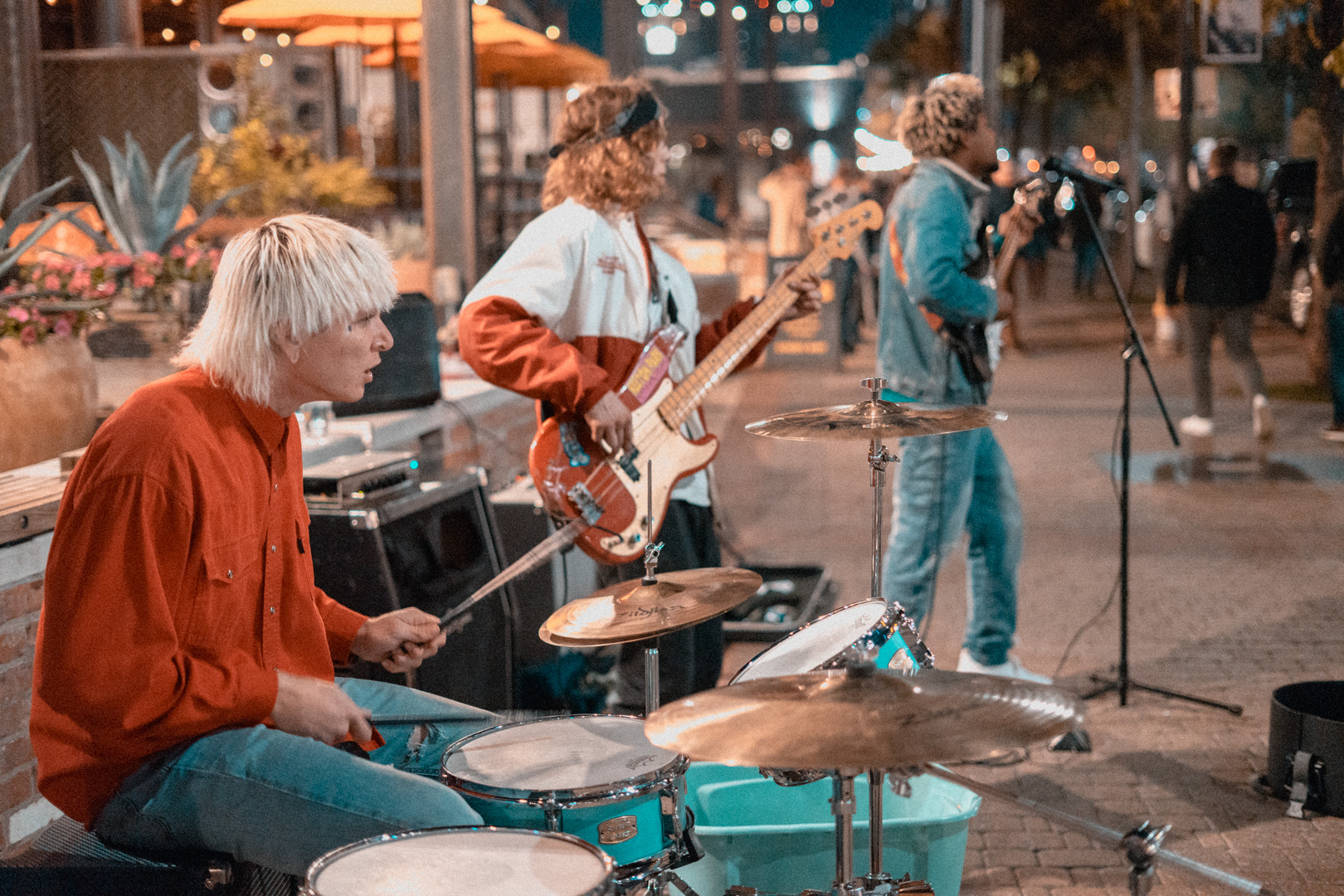 Hicks found Mitchell through Instagram, and after getting together to jam at Hick’s studio in Garland, the two quickly fell into a friendship that bred creativity, as they shared a thirst to grow as musicians. Mitchell then brought Galate in to round out the band on bass.

Their ambitions reach for the highest of accolades, as Mitchell speaks of his dreams about the future of the band. “We’re trying to go to the GRAMMYs, and play the Super Bowl halftime show,” he says. “And if the Black Pumas’ manager wants to represent us, that would be cool.”

The band released their first demo in October, a collection of four songs under the title, “STREET JAMS.”

Their raw energy is getting attention of crowds on the street, and their grassroots beginnings show their determination to get their music heard. Their Instagram page has gained attention through their videos of street shows, while they hope to be playing stages for audiences soon.

The video of their song titled, “Rolling Stone,” (seen above) was captured Nov. 5. “It’s a story of homelessness, town-hopping, couch-surfing at women’s houses,” Mitchell says. “Letting [the women] know that you’re like a rolling stone and probably ain’t gonna be in town too long, but then they fall for you but you’re like, ‘Girl, I gotta go.'” 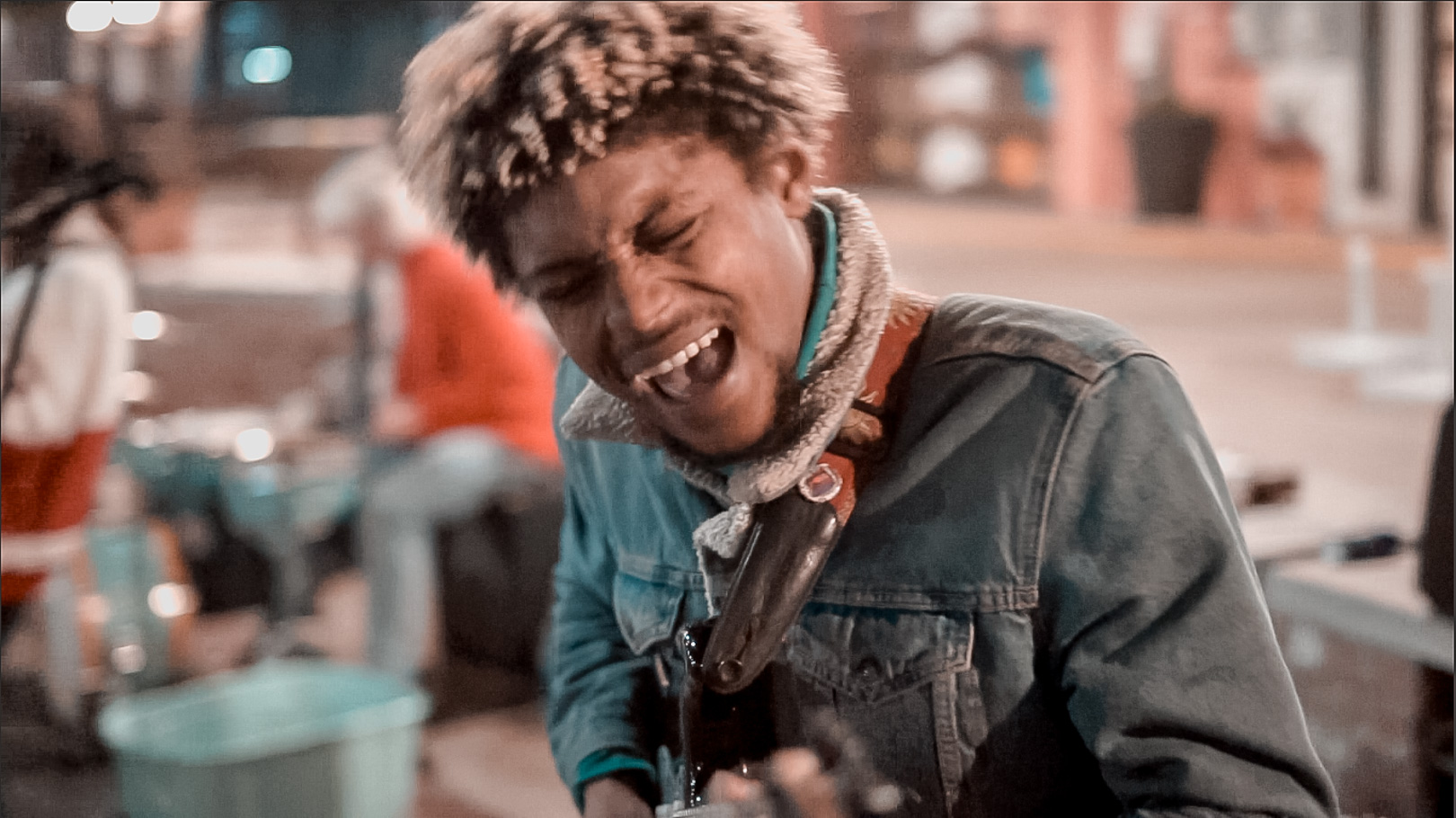