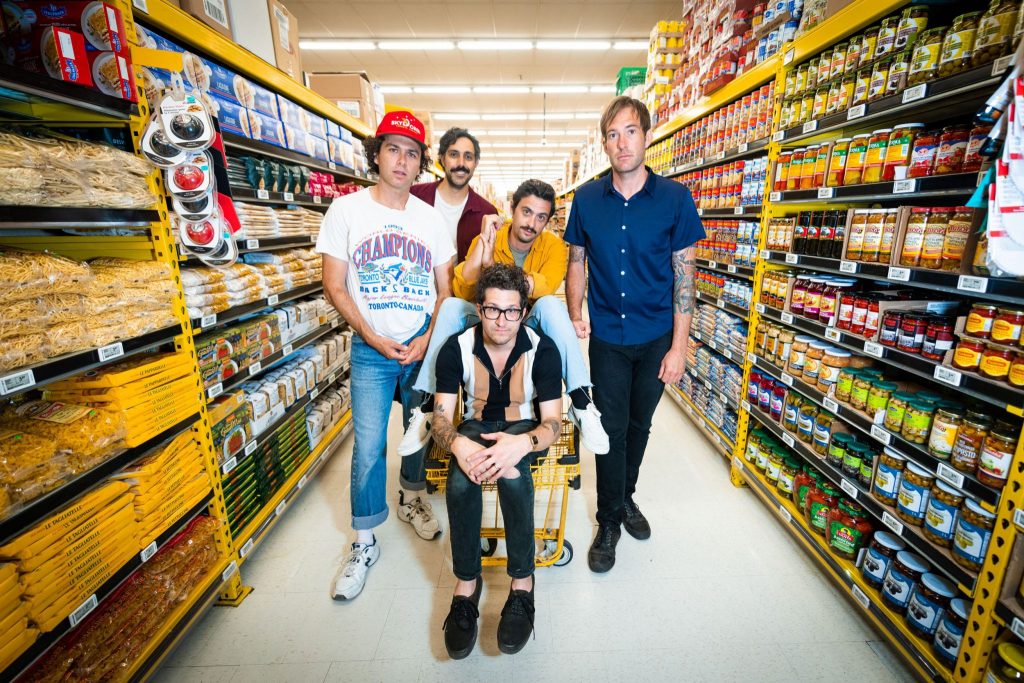 One of the recurring themes you see here in “The Best Song You’ve Never Heard” is artists who come from from countries other than the United Kingdom struggling to succeed in the US.

Gang Of Youths are finally making an impact coming from Australia. Mother Mother was the first Canadian band to be featured and they still haven’t been able to crossover into the states. Today’s song comes from another Canadian band with a history of anthemic tunes looking for a chance down south.

Arkells were first formed as Charlemagne in 2006 after lead singer Max Kerman and guitarist Mike DeAngelis met at McMaster University and found that they shared similar music tastes. They later renamed the group after Arkell Street in Hamilton, Ontario, near where they would practice.

Their debut album, Jackson Square, came out in October 2008 and quickly found success on Canadian alternative radio when “Oh, the Boss Is Coming!,” reached No. 4 on the charts. They also went on to win “New Group of the Year” at the JUNO Awards in 2010.

To date, they have released nine songs that have reached the Top 5 in the Canadian alternative charts with four No. 1s, including their most recent No. 1, “You Can Get It,” feat. K Flay this year.

The first song that reached No. 2 exemplifies their ability to create anthemic songs: “Come to Light”. Released on their third album, High Noon, this song helped propel the release to be the band’s first Canadian platinum record.

It starts with a frenetic beat, then it’s joined by a driving guitar.

Max Kerman’s vocals join in and the instrumentation adds in keyboards. Once the band hits the chorus, the positivity of their lyrics comes through as Max sings about going through the darkness of night to make it to the light of the morning. “Come to Light” sounds much like other alternative hits that came to America around that time, like Bastille’s “Pompeii.”