Caden Shea & Parker James are only 15 and 20 years old, but they’ve been making music together since they were kids, forming their first band Hoof when Caden was just 11. You may recognize Parker from his widely popular TikTok page.

The two are brothers, from Mansfield, TX, and they are making waves with their reimagined ’90s-style rock music under the name, Olive Vox. They recently released two singles, “Bury Me Low” and “Finger,” off their currently untitled 8-song upcoming album, recorded at The Echo Lab in Denton. 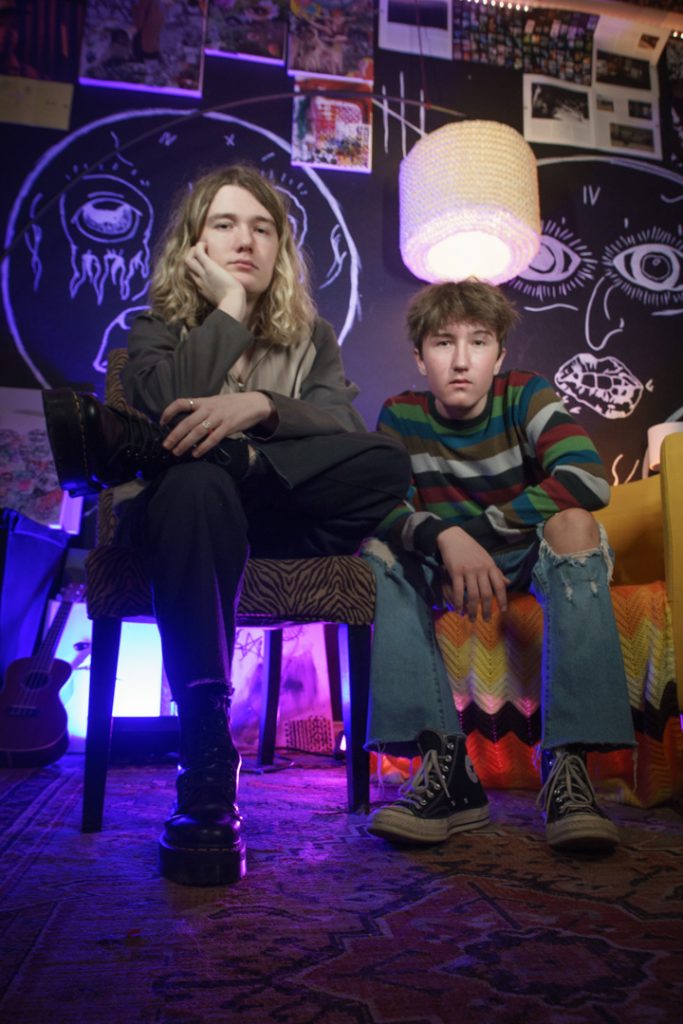 One of the most impressive facts about this band is that the music is produced primarily by Caden, the younger of the two. During the writing process and in the studio, he determines the guitar, drums, and bass – while Parker mainly focuses on the vocals, melodies and lyrics. The dynamic meeting of their strengths creates a harmonious quality that can be felt in the music.

Listeners will hear the ’90s influence in the musical progressions and in the grunge-style vocals, but the style’s been elevated to a more modern take. 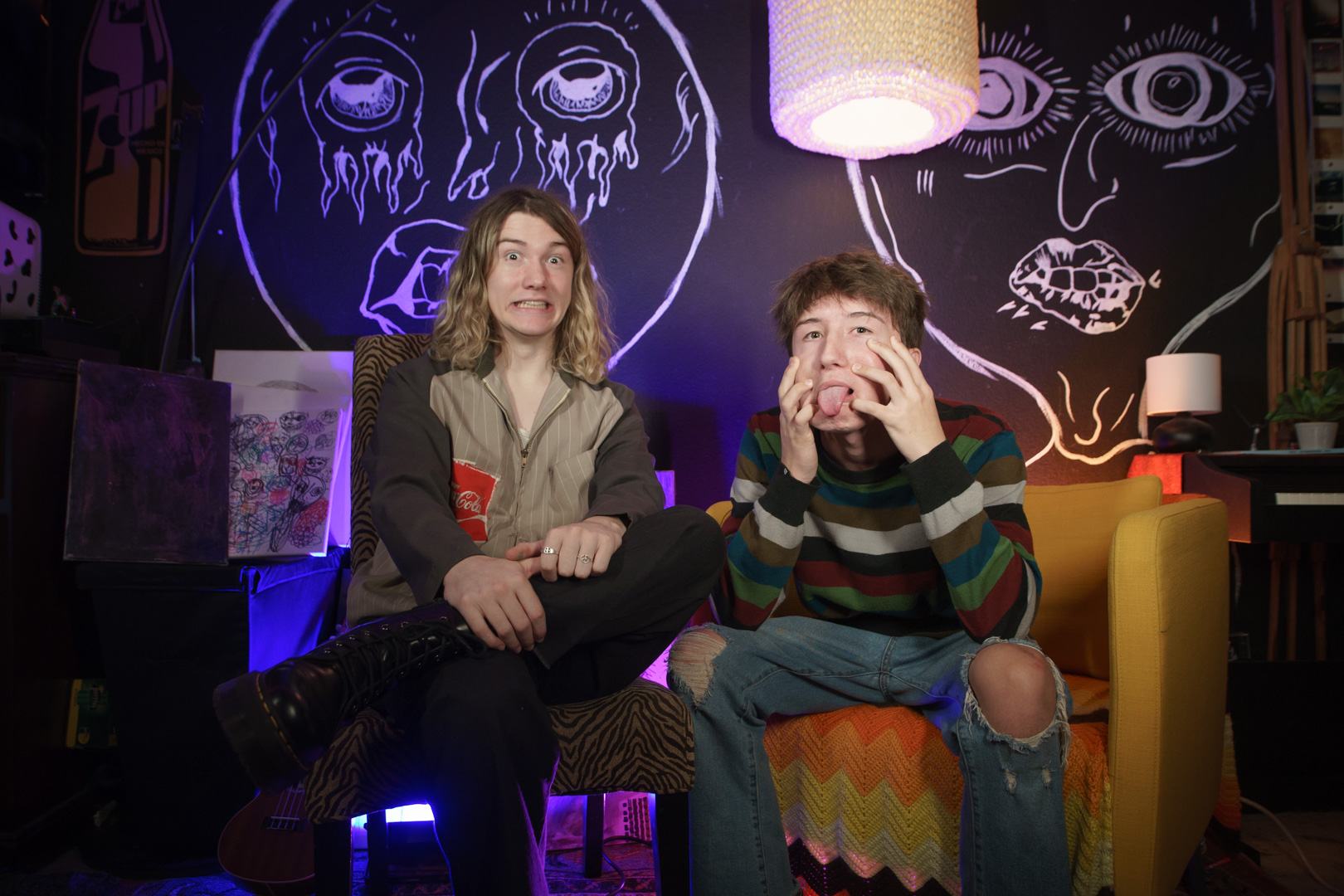 But they aren’t afraid to have a little fun.  Oh and check out that mural behind them. Parker James (left) designed it and their father painted it.  Photo: Jessica Waffles.

It’s refreshing to see such young musicians take charge of their creative direction, making their own album art (designed by Parker) and creating their “Bury Me Low” music video (produced by the brothers).

Their next single, “Sunflower,” drops on November 16th, while they are out on their first US tour – which includes dates in Austin, New York City, Chicago and Los Angeles. The string of shows starts in Fort Worth this Friday October 29th at Tulips.

Here is an intimate live recording in their home of an unreleased song called, “My Carefree World.”