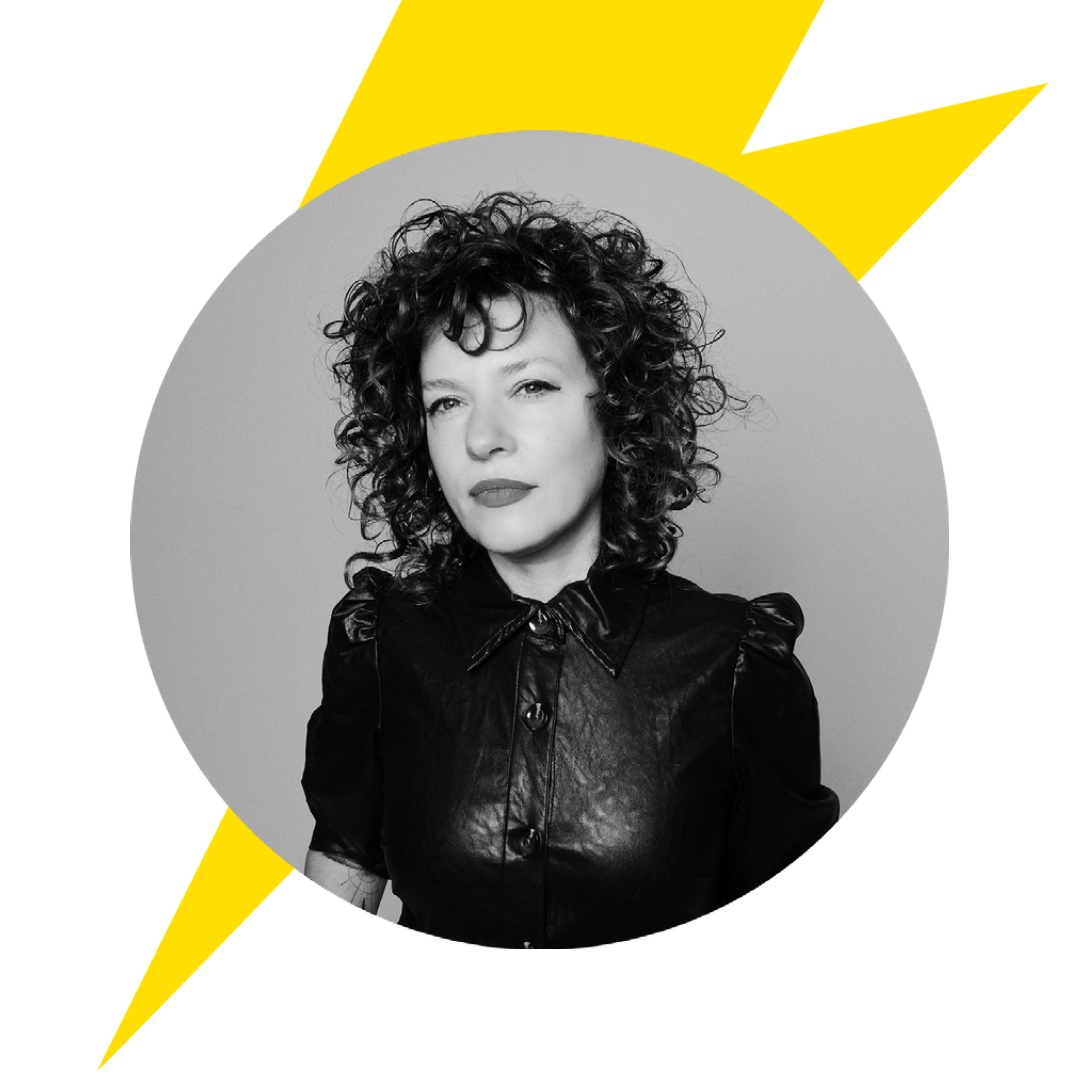 From festival lineups to the Grammys, the statistics showing gender inequity in music can be startling. Longtime radio personality Carmel Holt is on a mission to change that with her new national radio program, SHEROES Radio — now airing Sundays at 7pm on KXT.

KXT emailed with Carmel recently to learn more about the show, how it’s amplifying female-identifying voices in music, and her “dream” SHEROES dinner party. (Spoiler alert: We want to attend.)

KXT: Congratulations on the launch of SHEROES Radio! We’re honored to have your show as part of our Sunday lineup. And thank you for bringing female voices to the forefront! Can you tell us a bit about yourself, and when your love of music and radio first kicked in?

Carmel Holt: Music has always been at the center of my orbit. I grew up singing and playing the piano, then moved into performing with school choruses and musical theater, picked up the guitar in high school and went on to major in music in college.

Like most people in radio, I fell into it by accident. But in hindsight, radio was a big part of my musical education and a passion from early childhood. My parents always had NPR on in the house and in the car, and my only exposure to popular music came through my older sisters who gave me a small stack of Beatles records, which I listened to on repeat on a Fisher Price turntable. My parents took the cue and gifted me a Radio Shack rack system when I was 5 or 6 years old. It had a turntable on top, and 8-track cassette player and tuner on the front. That’s when the world of pop music really opened up for me and radio became an obsession.

While I was in college in the early ’90s I listened to WDST, and after I graduated I didn’t feel ready to move to New York, so I moved to Woodstock where there was a pretty vibrant music scene. I did what musicians do — I worked in a café in the center of town. That’s how I met the then-morning show host Nic Harcourt, who used to come in every day for his coffee. I was a bit star-struck, but also was dying to work somewhere that was related to music in some way, and begged him for a job.

I started in ad sales, then started voicing commercials, and then, a few years in, the Program Director said, “You’ve got a great voice, when are you gonna get on the air?” Soon after, I took over hosting a weekly specialty show and that was it. I was hooked. I went on to become Midday Host and Music Director, before getting the job as Midday Host and Assistant Music Director at WFUV in 2013. 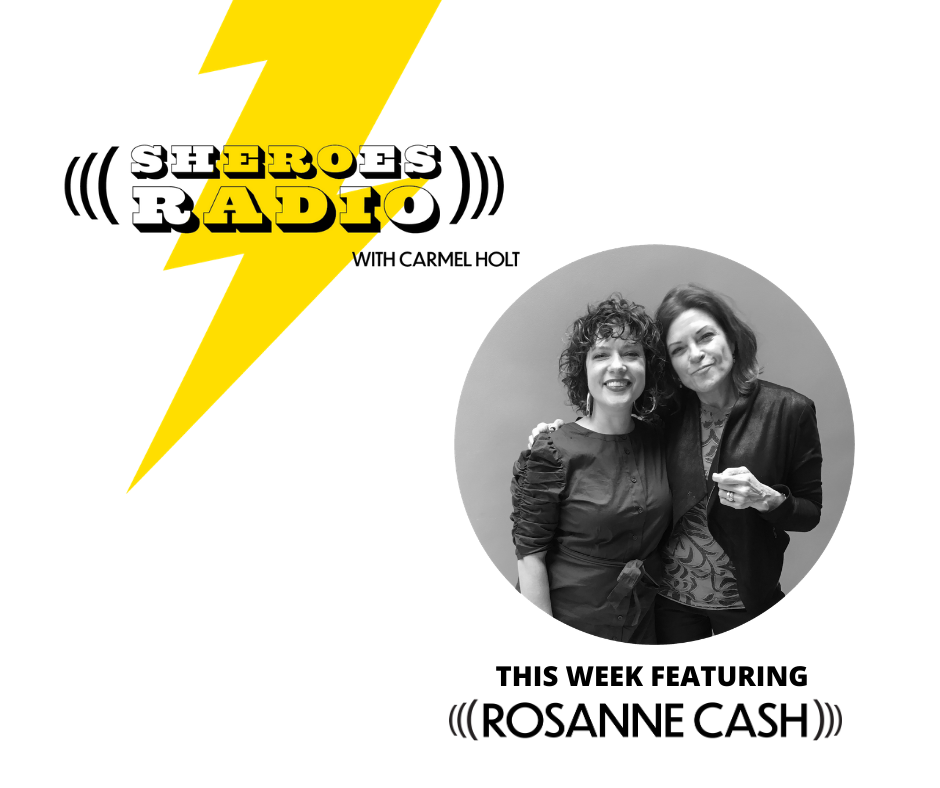 KXT: Was there a single defining moment that inspired you to create this show or were there many over time?

CH: As far as particular experiences that inspired the show, that would take hours to share. The short answer is: It was cumulative. I am a woman, who has been devoted to music my entire life. Radio and the music business as a whole is a male-dominated space, and it’s often very difficult to push through and be heard. We are still defined by our gender (“women in music”, “female artist”, etc), and until that isn’t the case, we are not equal.

In the mid 2010s, the topic of gender inequities in radio programming (and in the music industry at large) was really starting to heat up in a more public way at our annual radio conferences. The idea of putting together a female-focused show had been on my mind for a long time, and then it started to feel more urgent. This was reflected in new Instagram accounts and organizations like Book More Women, and the now infamous Grammys moment in 2018 when President Neil Portnow said “women need to step up”.

I think I finally just reached a point where I could no longer quietly participate in a system that was so unfair and unjust to women, and rather than waiting for the change to happen, I realized I needed to use the power of the microphone to bring these inequities and challenges out into the open and start shaking things up, so we could start working on making necessary changes.

My personal turning point came in the winter of 2018-2019 where I was offered the opportunity to participate in a podcast incubator with SONOS, and decided to take a huge leap from my day job at WFUV, into the great unknown of creating SHEROES.

To be honest, even getting this show made has been a challenge, in spaces where the gatekeepers are overwhelmingly male. However, I’m happy to say that I pivoted again during the pandemic, reinventing the SHEROES concept, and now lead a tiny team of women, independently producing this weekly radio show, and am so grateful that stations like KXT have been so supportive and enthusiastic about carrying it. 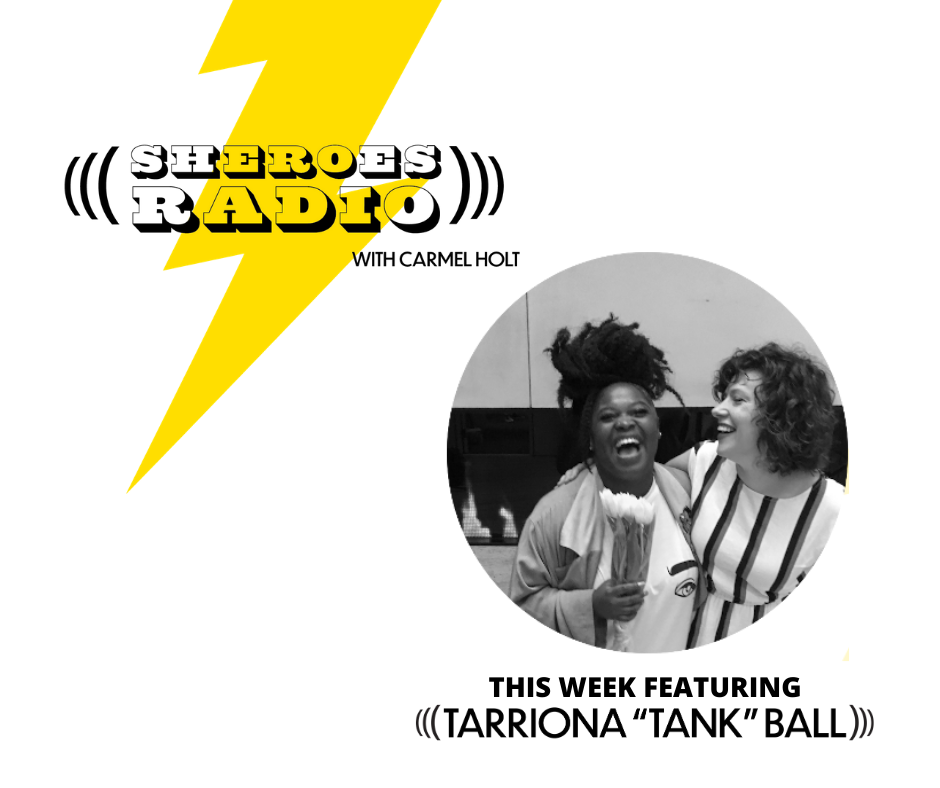 Above: Host Carmel Holt with Tarriona “Tank” Ball of Tank and the Bangas.

KXT: Why do you think a show like this is so important right now and what are some of your goals in launching a show that is solely focused on female-identifying voices?

CH: Here is the bottom line: The statistics are staggering. Just look at the USC Annenberg Inclusion Initiative study. Percentages of women in the industry right now look like this: Artists 5%, Songwriters 13%, Producers 3%, Engineers 3%, Label Owners 15%

For women, unfortunately, it is inherently hard to push forward and persevere, because the odds are still stacked against us. The imbalance of power both in professional and personal relationships, and the all-too-frequent abuse of that power can have crippling effects on women and girls’ ability to pursue their dreams, and to have the confidence to do so.

The good news is we are in a moment where collectively we are reckoning with systemic social injustices and prejudices, and shining a light on lack of diversity in our workplaces, in media and in leadership. One of the most positive outcomes of 2020 has been the rise of the Black Lives Matter movement, which was — by the way — founded by women. Sexism, misogyny and subjugation of women is one of the trickiest and deepest rooted systemic oppressions to address, which is why so many social justice movements were founded by women of color — they have arguably had it the hardest.

I have seen a couple waves of feminism and in particular, feminist moments in music before, but now feels like an especially potent time to raise awareness of how infrequently our voices are heard, and how it feels to be an artist or a person in the music business, as a woman or female-identifying person.

I see SHEROES as providing a space and a platform to have these conversations, to share our experiences and stories, and hope to build awareness, empathy, and meaningful change.

I want to emphasize that SHEROES is for EVERYONE. It is important that men are part of this conversation, and can grow their own awareness of what our experience is. I want to give audiences the opportunity to hear music and radio in a new way. We are so accustomed to hearing primarily male voices, both in the music that is programmed and in the hosts on air, that we don’t even realize what we are missing, and to go one step deeper — the systemic oppression that lies at the root of the absence of those voices.

That’s why I say SHEROES “Turns Up The Volume” of womxn’s voices in song and conversation. It’s time for these stories and songs to be heard, in greater and equal quantity.

KXT: Can you give us a sneak peek of who we might be able to expect as future guests on the show?

CH: Sure! We’ve got Vagabon and Lucius coming up before year’s end, and in the new year, Esperanza Spalding, Angelique Kidjo, Yola, and Ani DiFranco, to name a few.

KXT: If you could have five of your all-time favorite “sheroes” over for dinner, who would you invite?

CH: Ah — this is a tough one! Assuming we are talking about those that are still with us? Because I would love to have dinner with Billie Holiday. I’d say Neko Case, Mavis Staples, Lizzo, Joni Mitchell and Bjork. Now THAT would be a dinner party.

Listen to SHEROES Radio Sundays at 7pm on KXT!

This interview has been edited for clarity.