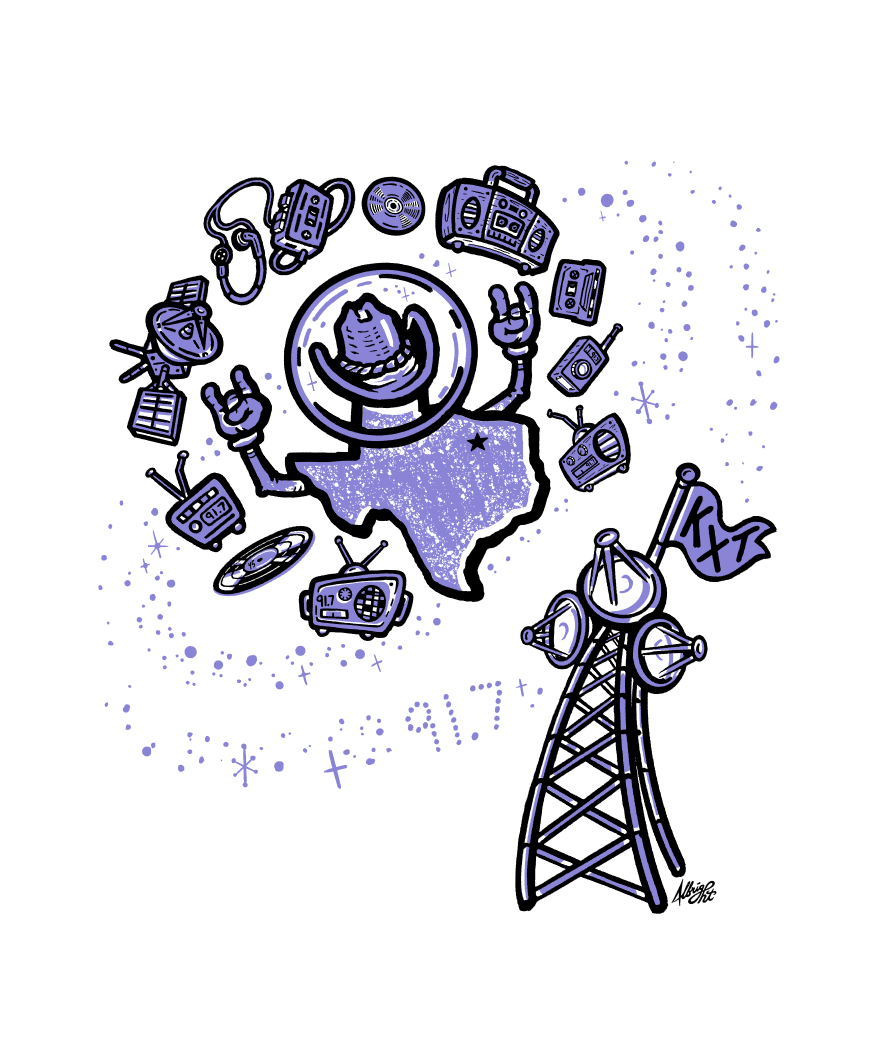 Get this design before it is gone.

For years KXT has featured the work of a local artist on t-shirts, pint glasses and mugs during our membership campaigns. This year, we’re excited to introduce a new design from Brad Albright! His Major Tex design will be featured on exclusive KXT swag during our 2019 Fall Membership Campaign. 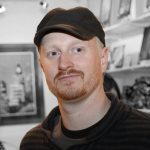 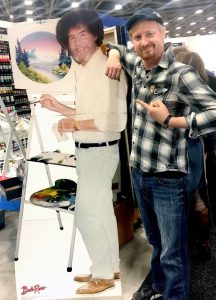 His process merges traditional fine art training with an illustrator’s narrative sensibility and modern digital toolset. And whether exploring the Wild West, satirizing pop-culture, or celebrating live music, his work is often presented in OldSchool 3D with red/blue glasses for a modern take on a nostalgic viewing experience.

His work can be seen in Dallas at Deep Ellum’s Kettle Art Gallery, online at AlbrightIllustration.com and on Instagram as @BradAlbright

Here’s what Brad has to say about his design:

“There’s something retro-futuristic and nostalgic about the idea of a Space Cowboy, right? I like to think that’s all of us as we tune into KXT. Through the Republic of Music, we are a collective of independent, forward thinking rock stars, all of us! Floating out there in the cosmos, sometimes far apart from one another, yet the radio waves keep us all connected as we experience the music together… throwing our hands up in a rock n’ roll salute.”

Click here to support KXT and pick up your exclusive Space Cowboy swag!