Los Angeles-based band The Record Company is making their way to Dallas’ Granada Theater on November 3.

The Record Company made a name for themselves in 2016 when their single “Off The Ground” reached No. 1 on the Triple A charts. The album, Give It Back To You, also got a Grammy nod for Best Contemporary Blues Album and propelled the band into a realm of success that has allowed them to tour around the world and play with a huge list of legendary rockers from John Mayer to B.B. King.

Ahead of the release of their next album, All Of This Life, we asked the band a few questions about their new work, the importance of a band’s live performances and what it was like to tour with music icons like Grace Potter. 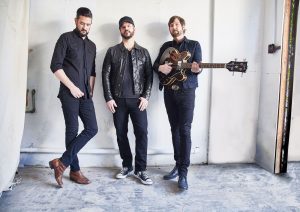 Your sophomore album will be released next month and it’s your first full length album recorded in a studio — tell us a little about how that process differed from your debut, which was recorded at home.

Chris Vos: After the first record we wanted to expand the sound, and we didn’t want to do another album by ourselves in the living room like we did on Give It Back To You. We kept some things the same — our bass player, Alex Stiff, wore the producer role just like the last record with us chiming in. However, this time we wanted to work with a great engineer and have someplace where we could get the drums to really open up performance-wise. Boulevard Recordings was the spot in LA, and Clay Blair was the tremendous engineer we worked with.  Everyone from Pink Floyd to War On Drugs has used that room so it had magic in it. That influences your performance. It was comfortable there, it felt like home. That made us at home. Working with guys like Clay, and Mark Needham (who mixed the record) gave us an opportunity to have people who specialize in doing what they do get their hands on the knobs. That took some of that pressure off us. On the first record we were all scattered around a living room with Alex hitting record then running into the doorway of the living room to put headphones on so we could do a take.  That worked really great on the first record, but we wanted to focus on the songs and performance totally on this record. We wanted to find a place that expanded our sound sonically, but held to the core of who we are as group. That being said, some vocals, guitars and whatnot were still done in the living room. All drums were done at Boulevard, among other things.

You said on your website that you want to be known as “the best live band on earth.” How did spending time performing with major artists like Grace Potter and Blackberry Smoke help you toward this goal and what is it about live shows that is so integral to you as a band?

CV: The greatest gift a listener can give a new band is their time and attention, so as a band you have to work hard to not waste that opportunity. I think you have to aim high. It’s not about being “the best live band on earth,” it’s about trying to be the best you can be and being aware of how great everyone around you is. That’s what it’s all about. Being around mega-talents like Grace and BBS teach you a lot about performing. You can see performers like that have that same goal — that’s why they are as great as they are. You learn a lot as a band when you open for acts like that. You have to believe or you will never overcome the obstacles in front of you. Especially starting out. In the beginning is an important time to form a strong bond as a team because it’s a long steep hill to climb. I think everyone has to work hard to be among the kind of bands you respect and admire. Live shows are always amazing experiences even when things don’t go right. Every show is different every time ’cause every crowd and every venue bring a unique personality. So, our attitude is we have to play our guts out every time and have fun doing it. Fun is a big part of it. It’s supposed to be fun. That being said, doing this is a gift that you always need to work hard at to stay worthy of.

You came together as a band in Los Angeles but grew up in different places around the country, from Pennsylvania to New York to Wisconsin. How much of an influence did local music have on you individually growing up?

CV: Local scenes are the place that all your ideas come together, both when you are starting out and beyond. The people in your scene are musicians you can admire and learn from but also be friends with. I always have loved hanging around with musicians and writers in any scene I am in who are amazing at what they do, even if I am intimidated by them. Especially then. That is a great environment for learning. Those kinds of musicians teach you so much and inspire you as a writer and performer. I love to watch bands, I love to learn from them and be inspired. I love hearing great music and having it blow me away and leave me wanting more. A strong local scene will teach you a lot, and everyone in it will push every other to be better and better. 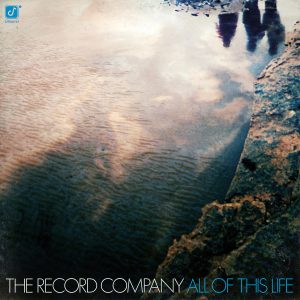 After the success of Give It Back To You, was there any pressure on the band to make a second album that could outdo the first? How has your sound evolved and matured with this new record?

CV: No one in the group has ever been in a position of making a record where there are people that are waiting to hear the album as it’s being made. So, yes, we did know that was something we had to understand going in. That being said, that was not the focus in creating it. Just like always, it’s about songs, being honest and being yourself. That is an inside your heart thing. That part of you is always just where you left it last time you used it. Create from the heart, and edit with the mind. The heart doesn’t lie, the mind does. The heart doesn’t intimidate or panic, the mind does. So we try to leave the mind out of it as much as possible and write from inside. The sound evolved just like our lives did.  The last two years have been a tremendous experience of growth both in life and in music. Being around so many great artists, seeing them play, talking with them, hearing their music, and playing all manner of shows all had an impact on evolving the sound. If you play 250+ shows between albums and you are going to evolve as a group. We just tried to stay honest and true to who we are and what we’ve learned between our last album and this one.

While you’ve admitted to being influenced by the likes of Muddy Waters, The Rolling Stones and Prince, have there been any artists or experiences that have influenced your sound or identity as a band in an unexpected way?

CV: Legends like that teach so much. They are all completely unique to themselves as individual artists. Musicians like that are tapped into not only something great inside, but they teach that it’s all about working hard. Great artists like that didn’t just wake up and become that in a day — they have a lifetime commitment every day, every minute, every second to the work they are doing. That’s what I admire, the quality and colossal work ethic that these kinds of legendary musicians put in over the course of their amazing careers. To name one personal experience, seeing Iggy and the Stooges in October of 2011 changed my life forever. Walking out of that show my heart was aflame and I just kept saying to myself over and over, “I have to form a rock ‘n’ roll band.” We formed The Record Company at the end of that same month.

It’s obviously taken a lot of hard work and dedication to get to where you’re at right now and that must not always have been an easy road. What advice would you give to smaller bands still working toward their Give It Back To You moment?

CV: My biggest heroes are hard working people. Be it musical legends, or my own parents and grandparents who are farmers and nurses. I grew up in a small community where hard work wasn’t even talked about — it’s just what we all saw the adults doing automatically from before dawn till after dusk. The lesson I learned was that hard work is a choice — a way of life. It takes work to find your voice, write the songs, find the musicians you need to have around you, etc. It’s very good to be hard critiquing yourself, but equally important to believe in yourself and be patient to allow for growth. Mistakes are the best teachers, and it all takes time. For people starting out I would say make friends with the word “no” ’cause you will hear it a lot. Everyone does, everyone has. Don’t be afraid of rejection or not fitting in. Be yourself. Believe in yourself. Be simultaneously hungry and patient. Above all, if this is what you want to do, don’t quit! Even when it’s dark and you are asking yourself, “Why am I doing this to myself and my life?” You have to know that answer. If the answer is, “I am doing this ’cause I love it, I need to do it, I have no choice,” then don’t let yourself or anyone else take your dream away from you. Work for it, protect it, believe in it. You got this.

The Record Company plays at Granada Theater on November 3, 2018 in Dallas.