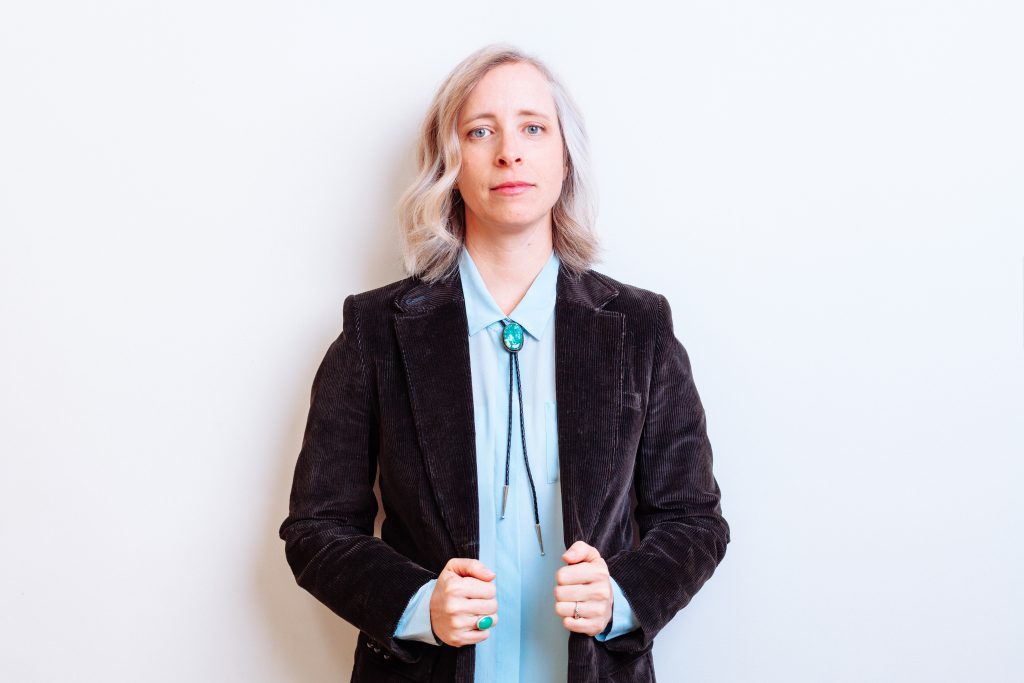 Laura Veirs portrait for her 2018 album “The Lookout”. Photo by Jason Quigley.

Catch up on some of the best performances from World Cafe so far this year, including Lizz Wright‘s soulful band, Nathaniel Rateliff and the Night Sweats, Glen Hansard  and Margo Price.

Tonight on World Cafe, Courtney Marie Andrews shares stories about sleeping in tents and gas stations after leaving home at age 16 to pursue music, being taught to sing by Aretha Franklin (kinda) and performs music you don’t want to miss from her country-folk leaning new album, May Your Kindness Remain.

Kyle Craft is very good at telling stories, and it just so happens he has a few autobiographical ones to share, including being stuck on an illegal pot farm to diving for snakes in the Louisiana swamps. Hear him talk about those tales and perform songs from his new album, Full Circle Nightmare.

On the album Dom Flemons Presents Black Cowboys, the co-founder of the Carolina Chocolate Drops tells stories of real-life superheroes like Bass Reeves, the man who inspired the iconic character The Lone Ranger.

Laura Veirs visits World Cafe to perform live and to talk about some of her creative projects — including a new album called The Lookout, writing with Neko Case and kd lang for their 2016 collaborative record called case/lang/veirs and the inventive solution she found  for storing a sleeping baby on a plane as a mom on tour. And don’t miss Laura Veirs at KXT Sun Sets on May 1 at Dallas Arboretum! Grab your tickets here.