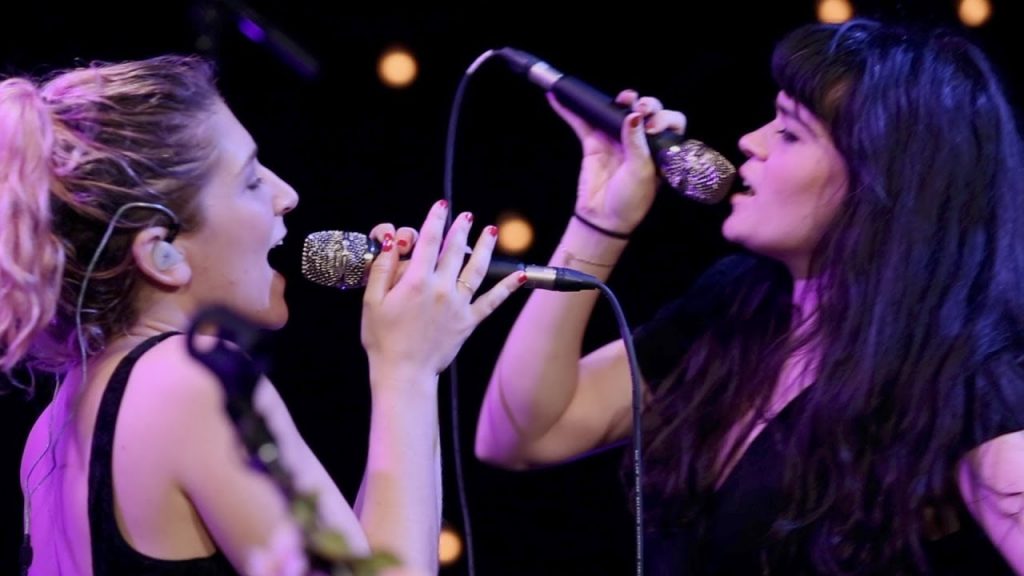 It’s an indie dance-pop rave-up with Javiera Mena for World Cafe‘s Latin Roots session!  Get ready to move to a live performance that showcases why the Chilean songstress is so beloved at home, and earned a Latin Grammy nomination here for her last album Otra Mena.

Rock and Roll legend Chuck Berry recently passed away at the age of 90. Three months after his death, Berry’s final album Chuck was released— one last gift to all his loving and dedicated fans. Chuck Berry’s son Charles Berry Jr. played guitar on the album and joins us to share stories of growing up, recording and touring with his late father.

(Psst! Don’t miss them at Three Links on September 21!)

Simon Raymonde played keys and bass for the Scottish band Cocteau Twins from the early 80s until the late 90s, and then devoted himself to running the Bella Union record label.  Now he has a new band called Lost Horizons with former drummer of The Jesus and Mary Chain, Richie Thomas. Their debut album, Ojalá, is coming on November 3.  In this episode, Simon Raymonde will discuss the many phases of his career, as well as the health issue that threatened some of his recent work.