When it comes to music, James Petralli says he’s a listener first. 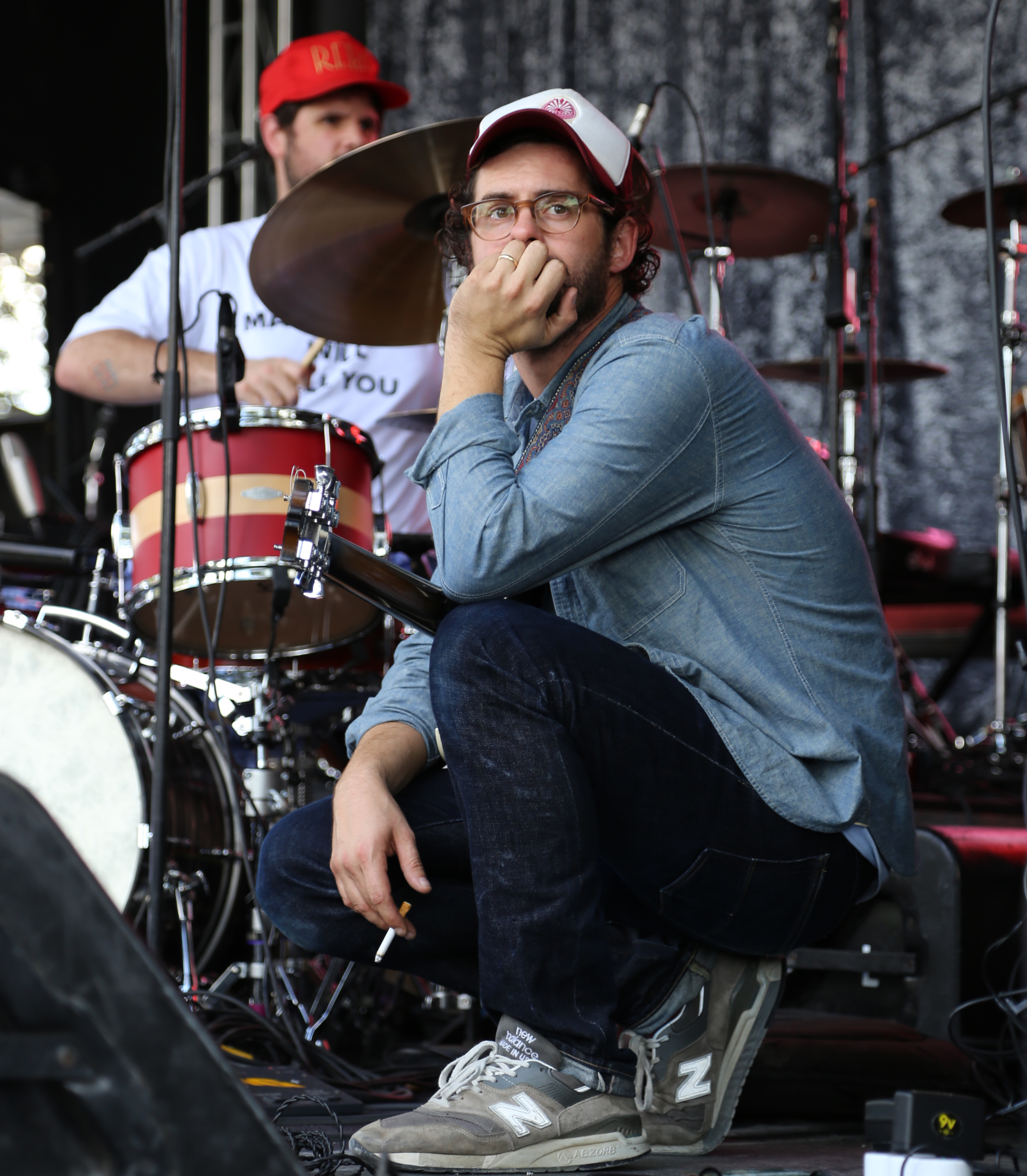 And for anyone that’s even lightly grazed White Denim‘s extensive and impressive catalog, that should come as no surprise. It’s clear the Austin-based band draws upon a wide range of references — their music is a stellar hybrid of psychedelic/punk rock, blues, funk and soul. A unique sound we can’t wait to hear live at KXT Turns 7  next Wednesday, November 2.

Before we boogie down at The Kessler though, KXT’s Lauren Menking had the chance to chat with James about the ever-evolving band, making a record in less than 20 days, and what’s dominating his airwaves these days.*

LM: Congrats on the latest record, Stiff. What do you want folks to know about it?

JP: Well, it’s our seventh record. It was mostly cut live to tape. It was also our first record to make with an outside producer [Ethan Johns] which was cool, but also a little weird sometimes having done it ourselves for so long.

JP: I don’t know, I guess we’re used to being the last word always. Which I guess we kind of were and weren’t at certain points. Having somebody in that we’d never worked with before was really cool. It offered a lot of perspective, but also kind of limited certain aspects for better or worse. But I think for the most part it was for the best.

LM: Is it true you guys put it together in 20 days?

LM: Was that just a whirlwind? Sounds exhausting.

JP: Yeah, you know, it was cool. It was pretty quick. We have a studio in Austin, and like I said, we’ve always produced our own work. So there’s never been any deadline or clock-watching or anything like that. So that aspect of it was pretty different. But [Ethan] helped us to make decisions quickly. So a lot of that time was cut down, which I think was really a refreshing thing for us. So, we’ll definitely take that mentality into the next record for sure. 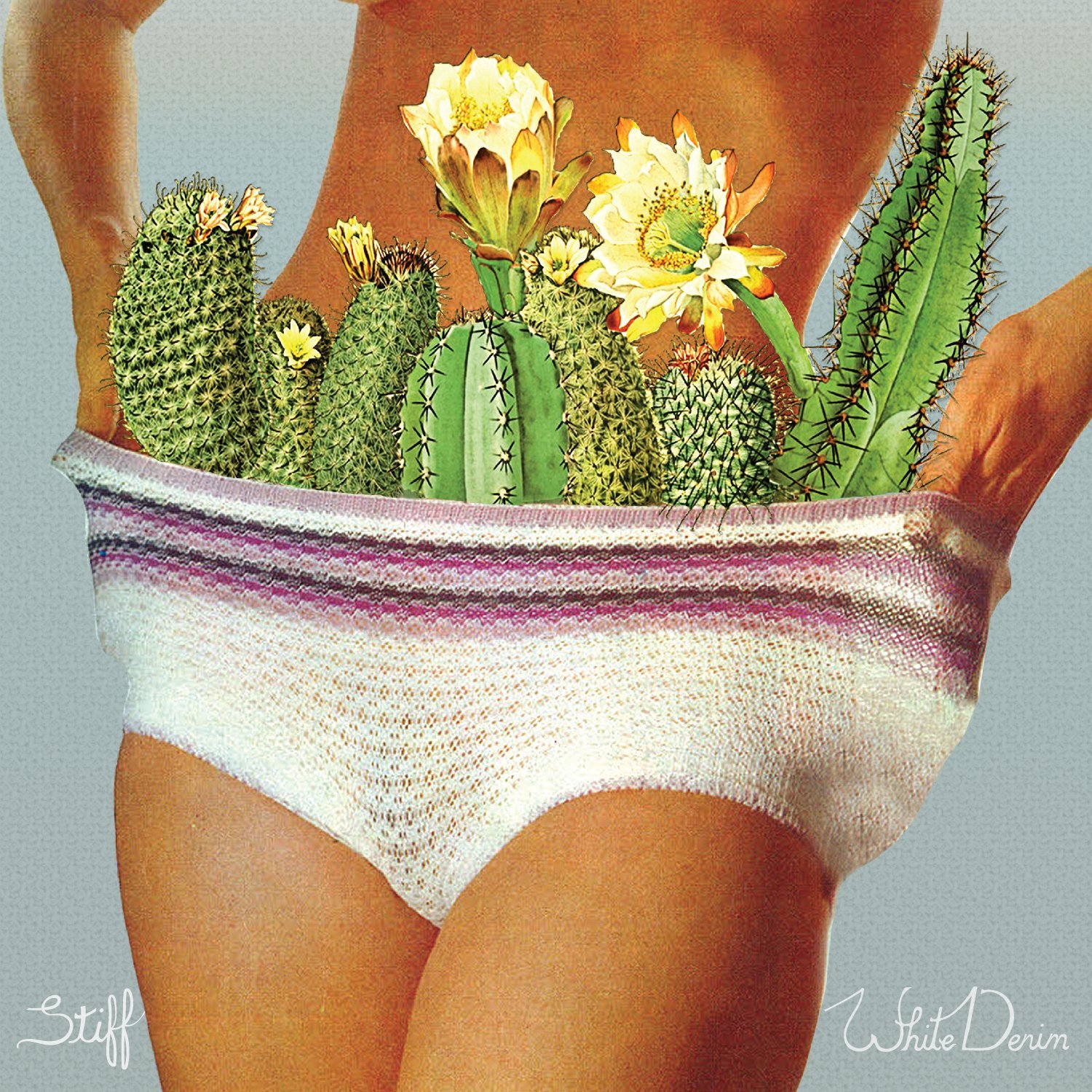 LM: You’ve added two new members to the band. At the risk of sounding like a cliche, a band is like a family in a lot of ways. I wonder — how has that transition of two new band/family members been going?

JP: Well, I actually have two new people since the last two new people. (laughing) So, there’s been a lot of up and downs. I had two really great guys on the record, but once we got busy with roadwork and it got down to the hard work of being a band, it just wasn’t the best fit. So, now I’ve got two dudes who are closer to our age and have a lot of road experience. The band is feeling really good right now.

It was definitely hard to lose those guys, but you know it was one of those things. It was tough. It was a shake up, but in the end it’s been a good thing. They’re doing things and we’re still going really strong and it’s a happier situation for everybody.

LM: Did that make you have to think about what a “band” is? Sounds like things got kind of deconstructed.

JP: Yeah, I think we were always kind of assessing that, you know? We made records in different ways — we started laying tracks one by one in a trailer. So, we’ve always kind of done things differently than most bands who rehearse and then go to a studio and bang out a record. It’s always been much more involved for us, so there’s a lot of analysis on what it means to be a band. So, it really wasn’t that crazy as far as our M.O. Different personalities behind the drum kit was definitely a big thing, but gosh, I don’t know — it really doesn’t feel that different, honestly.

LM: Well, kind of on that note, I know y’all take a lot of pride in being a Texas-based band. You’ve said yourself once you’re a “Texan through and through.” So, what does that mean to you? To be a Texas musician?

JP: (laughing) Well, shoot. I don’t know. Honestly, I think I said that after complaining for a long time about how Texas really doesn’t support musicians very well. And the interviewer said like, “Are you going to move?” and I was like “No, I like living here. I’m just complaining about the state of our culture.” (laughing)

But, you know when I was growing up there was Black Dog and that was it. You had to go to Denton. Deep Ellum had kind of changed — there were good touring bands, but they heyday was definitely over when I was in high school. Like, to get a gig anywhere or to even go see people play, it was in weird strip malls. The radio was brutal. It was a much different place. And I didn’t like that, you know? I don’t know — I don’t like it very much, the way Texas treats its musicians. Austin boasts about it, but it feels more like a slogan a lot of times.

But actually I am a Texan and I really love living in Texas. But as far as being identified as a Texas band — I don’t really care about it that much. I would rather play small places to my buddies in these towns than try to make a big push or try to make it something that doesn’t feel natural to me. I definitely like the smaller sense of community, but I don’t have any grandiose Texas identification.

LM: You guys have been on the road for a bit for this record. Do you have any good tour stories you can share?

JP: Umm…no. Not really. (laughing) It’s a lot of looking out the van window. Really the best part of the day is getting to play, you know? And having new guys in the band, it’s a really engaging, growing thing that happens every day. But yeah…it’s a lot of bread-meat sandwiches. (laughing) Like, peanut butter and no jelly. Or only sparkling water to drink between songs. Like, a lot of weird stuff like that. Late nights. Irresponsible behavior. The general “band on the road” thing. Tour psychosis….

LM: Well, finally — any new music you’ve been digging that you’d want to share with our listeners?

JP: Yeah! I really like the new Cass McCombs record — it’s really great. This guy Chris Cohen who’s making really good records…a guy Sam Cohen is making really good records — he produced that new Kevin Morby record. There’s tons of stuff. What else? Oh, this guy Pat Thomas is an afrobeat artist. His stuff is incredible. He came out with two records this year — one is kind of like a look back in his past and the other one is brand new and they’re both amazing. I like that Jonny Fritz/Jonny Corndawg record, too.

LM: Do you listen to other artists when you’re touring and making music? I know some musicians have to kind of shut it off.

JP: Totally. Yeah, definitely. I mean, our group is referencing things constantly in the music. Like every aspect is pretty much referencing something that’s happened in music. So, we’re constantly looking when we’re making records to records that have been made. We’re definitely listeners first, you know?

*Parts of this interview have been edited for clarity.