The first third of the 2014 lineup was revealed at a free concert Tuesday night at Trees in Deep Ellum. Other bands announced to perform include Blitzen Trapper, White Denim and Quite Company.

Early Bird 3-Day Passes are on sale now for $79 and will remain at this discounted price throughout June. The festival runs from September 26-28 and more of the 90+ bands performing will be announced soon.

The festival started in 2012 to stimulate Dallas’ music scene and support the growth of Deep Ellum. Highlights from past lineups include Andrew Bird, Girl Talk, Atlas Genius, Portugal. The Man and Cold War Kids. 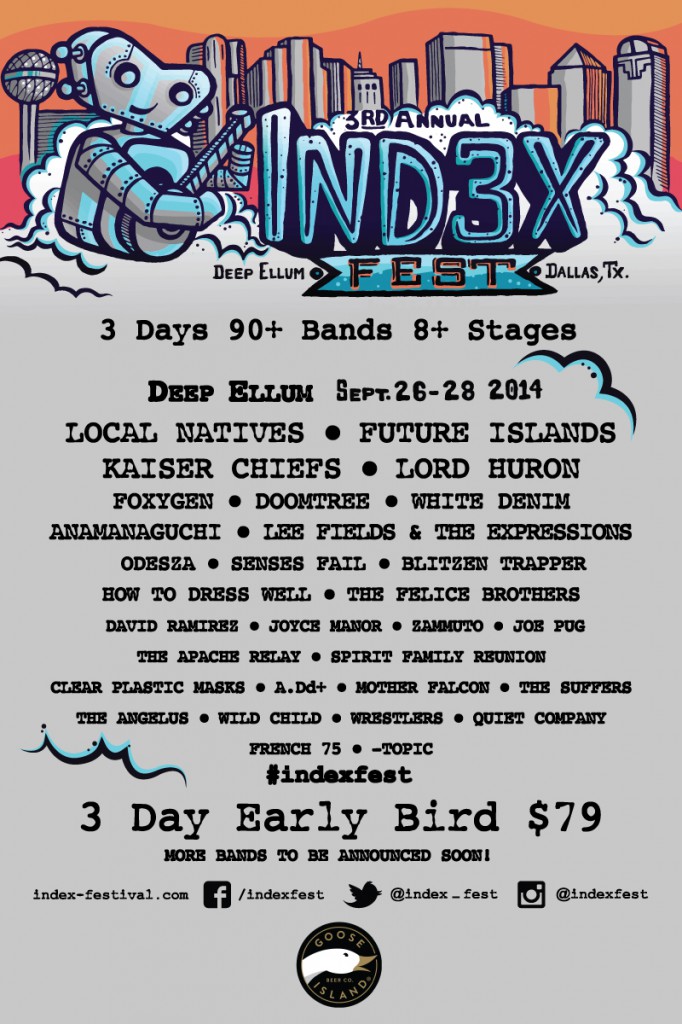